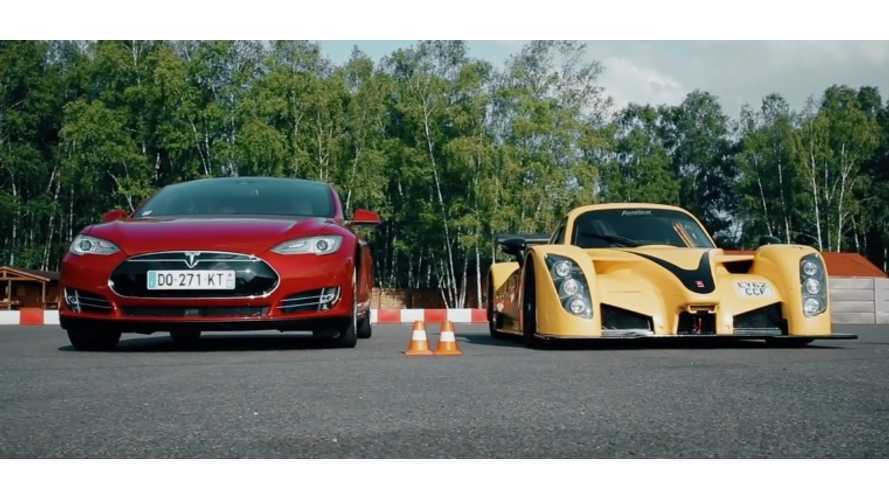 For folks like us, it's not that important whether Tesla wins or loses against a race machine, but the fact that after years of deriding electric cars by petrol heads, we see an electric car against an internal combustion engine race car.

And moreover, an electric family sedan against a racer.

It's a pleasure to see that the results are comparable:

Most of the petrol heads probably don't realize yet what EVs will be able to do against ICE racers in the next decade.
++