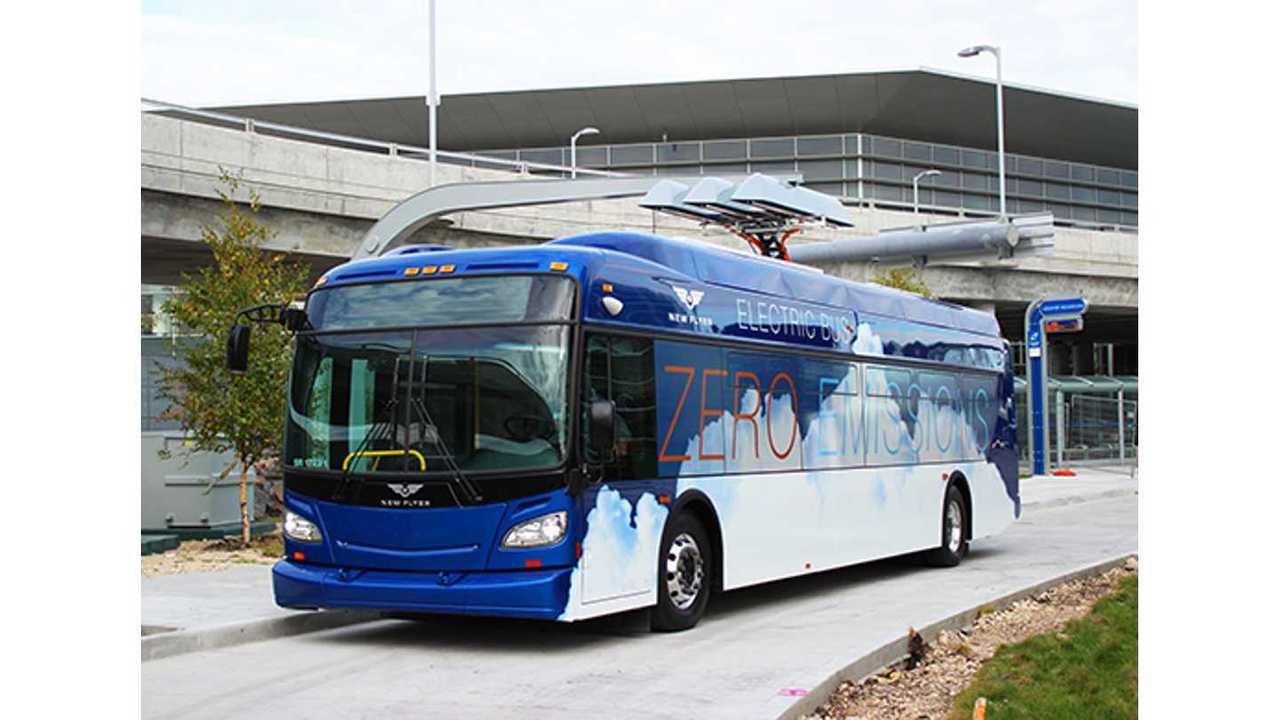 The CTA (Chicago Transit Authority) once had the largest trolley fleet in the U.S., but trolley buses ran for the last time on March 25, 1973.

In 2014, CTA added two New Flyer Xcelsior XE40 all-electric buses and it seems that they are willing to expand their electric fleet again.

In the new modern edition, electric buses don't need those power lines on the streets - a couple fast charging stations along the route or at the home base would be enough.

According to the reports from Chicago, CTA got permission to switch an $8.1 million federal grant for 26 hybrid, articulated buses (60-foot) to 27 standard-sized electric buses (40-foot).

That would be the largest all-electric bus fleet in the U.S. so far, or one of the largest at least if some other transit agency adds more EVs quicker.

It is big chance for EVs as CTA intends to purchase more than 1,000 buses in the near future.

"The CTA will use any new electric buses to “further inform in-service tests of the electric bus technology” and to help the agency decide the right mix of buses when it makes its next major procurement, a purchase of more than 1,000 buses in 2020, the CTA wrote in comments to the Chicago Metropolitan Agency for Planning.

Those new buses would presumably be used to replace more than half the CTA’s existing fleet of 1,888 buses, offering the agency the chance to convert to a majority-electric fleet if funding allows."

"CTA spokesman Brian Steele cautioned that the CTA does not yet know how many additional electric buses it might buy, or exactly when, but it views the technology as so “promising” — even as compared with a hybrid bus — that it is worth an expanded test.

For the past 14 months, the CTA has been running its two “green machines” — green-painted electric buses — on a variety of routes and conditions, including 90-degree heat, snow, rain and ice.

They have been averaging 97 miles a day on one charge from a garage. If outfitted with a new “enroute” charging system, they could achieve as many as 700 miles a day, CTA officials told CMAP."