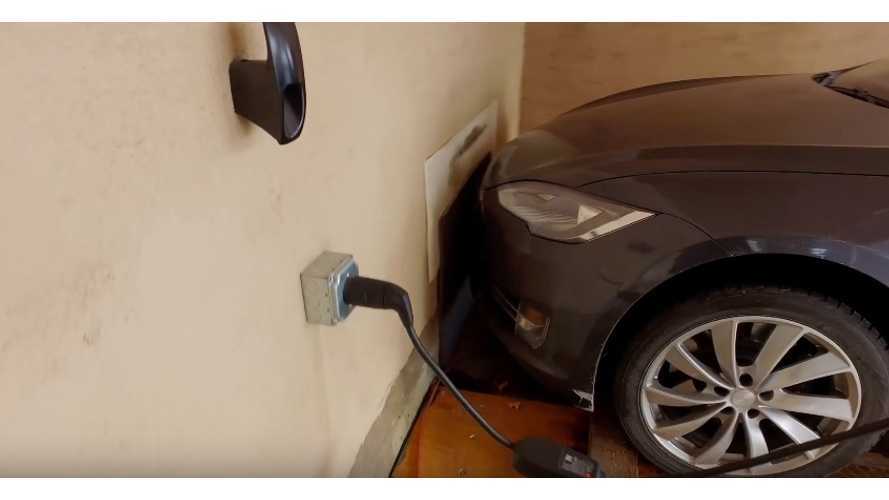 Tesla's summoning feature, available as Beta in 7.1 software update, is a swell addition, but some of the Tesla owners have set the bar much higher than others, and build real obstacle courses - not without  reason.

Steve Brand released a video title "What Tesla's Summon (beta) needs to fully support my tight garage." The video presents the problem of entering a garage in hardcore mode.

He had several issues because there is not much space in any of the dimensions. To be able to park and open the doors on both sides, the car need to go all the way forward and stand on the wooden planks with raised suspension.

The Tesla Model S seems to be unable to drive onto the wood in summon mode and probably will not be brave enough to park so close to the wall. Automation of such a complicated scenario would be very tricky.

Maybe it's time to consider a contest for the most challenging garage that passes the summoning test?