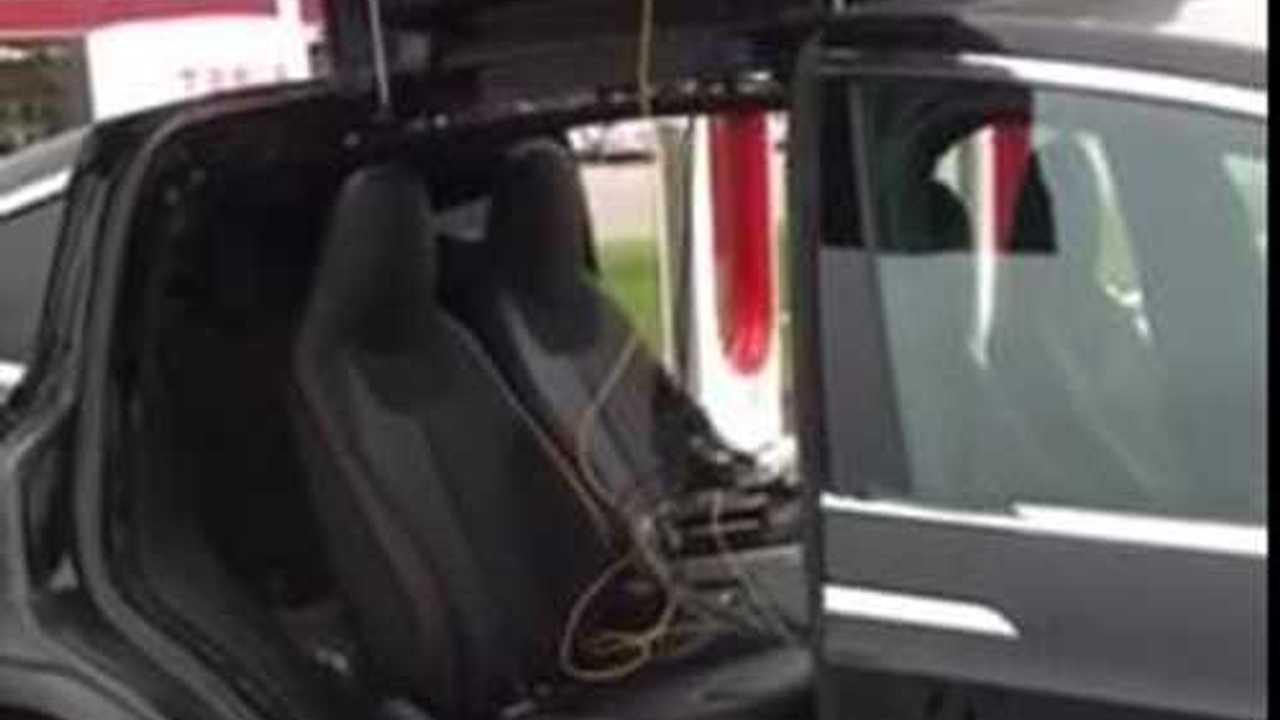 Recently (December 17, 2015) a Tesla Model X was spotted at a Supercharger in Michigan,

This particular Model X was apparently sent to an independent testing facility in Ann Arbor, Michigan for some brake tests.

It's not clear to us why the Model X is fitted with all sorts of sensors just for brake tests. Perhaps other tests were performed too?

Additionally, we do wonder why an early prototype version of the Model X was being tested in mid-December of last year. You'd think a full production version would've been available for testing by then.

The video (unfortunately shot vertically) has us asking lots of questions, but at least we get to see the early sensors that were required to get the Falcon Door operation all dialed in.