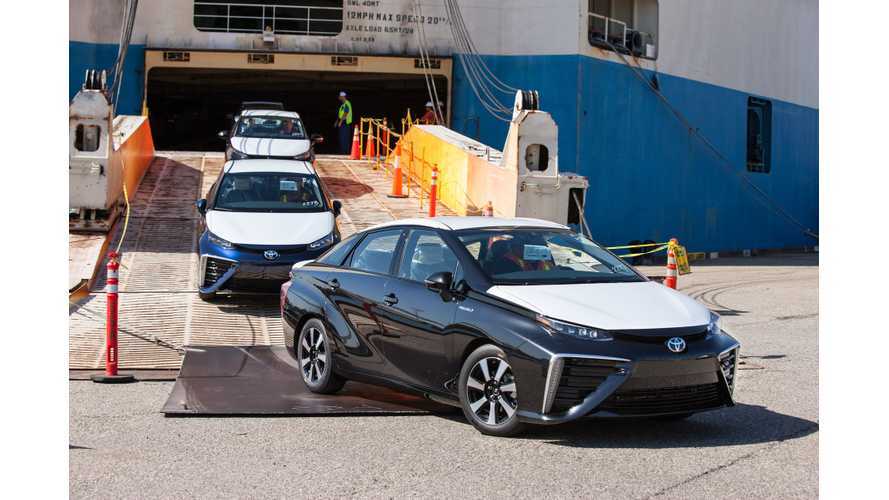 Toyota seems quite pleased with the response for the Mirai in America, as its hydrogen fuel cell car has seen demand exceed production plans in the U.S. according to the company.

"While the Toyota Mirai cannot literally fly, it is flying off the virtual shelf!"

1,900 order requests were registered by the end of September on a special website that opened on 20th July (here). Toyota only intends to deliver 1,000 2016 Mirais to the U.S..

"The existing order requests are being reviewed, and Toyota will begin placing the first trailblazing customers in the Mirai driver’s seat this month."

As "Trailblazing customers" soon will get the chance to order their Mirai for real, that will provide us with an answer of real demand, as the 1,900 requests did not require any deposit or vetting of the persons applying.

In a previous story, we noted that plug-ins enjoyed a larger initial interest:

For reference: The Nissan LEAF netted 2,700 $99 deposits in the first three hours, while the Chevrolet Volt had a private list of more than 50,000 interested in the extended range EV – even before the company made the car available.