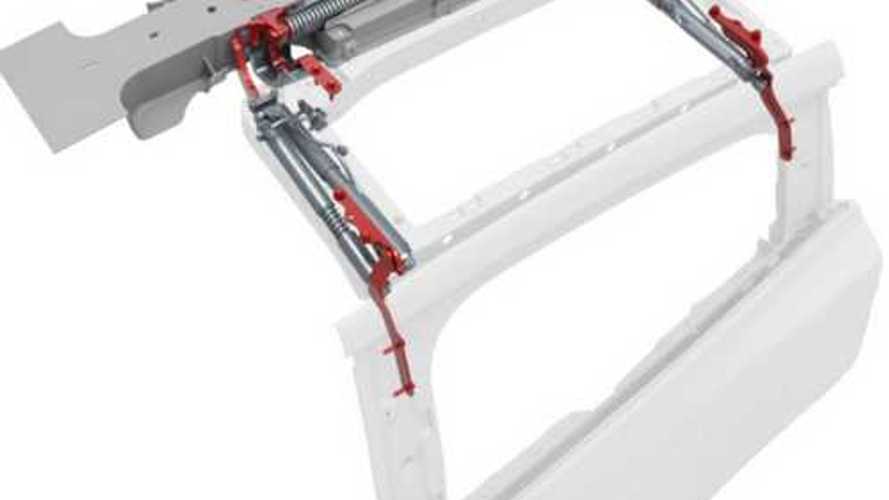 *A needed disclaimer, I'm an i8 driver and an i3 driver. So bias detection is allowed by the reader.

Car doors are typically generic & mundane, but doors can be so very "aufregend!"

With the BMW i3, BMW i8 and the Tesla Model X, doors can be downright friggin amazing! Gizmos, gadgets, carbon fiber and lightness.

Let me be "Captain Super Obvious" here and point out that an engineering overdose, and an engineering reboot was required to provide for the Tesla Falcon doors.

*Editor's note: This post also appears on Peder's blog. Check it out here.

Tesla can rightly lay claim to the most incredible structure ever required to get the doors of a car to open. My guess is this is the last time we will see the Falcon door solution on any production car sold due to the cost and complexity of the door.

For Model X owners this rarity could be very valuable and super exclusive....sort of like the third directional headlight of the Tucker 48 "Cyclops" that rotated the headlight in the direction that you turned the car, an innovation that was 60 years ahead of its time.

On the other hand, the Falcon doors could be remembered as an unneeded over complicated, over sensored, trouble prone solution to the simple act of opening a door.

Time will tell if the Falcon doors was a "kitschy gadget" partnered with traditional doors for the front seat occupants, to wow us demanding our attention... or... a great piece of engineering, albeit a complicated one including many sensors, situational awareness, springs and struts that provides a solution to a real problem.

Of the three different doors, I like BMW's solution of the Swan door for the BMW i8 the best. Swan or Butterfly doors have heretofore been very hard to do, but with the BMW i8, it's accomplished very simply with a beautiful minimalist approach. Strong fixed attachment points on one plane, Strong and light carbon fiber, and a single strut that's visible, accessible, easy to inspect and replace if necessary. Due to this very straight forward simplicity coupled with BMW's increasing use of carbon fiber, I do expect to see future BMW Coupe and Sports models with Swan doors.

BMW i8 Spreading Its WIngs

The Swan door provides great functionality for taller drivers like myself by making it much easier to swing the legs in via the much longer door opening. Getting in and out is remarkably easy for such a small sports car once you find your grove. Yes hitting your head can be an issue on the way out, but you only do it once.

For tall drivers in a traditionally doored small car or sports cars, contorting your head, sliding down the seat and leg gymnastics is required every time you get in or out of the car. Some cars you simply just can't get in or out of. The long Swan doors also provide great access to the 2+2 back seats, small as they are. When opened the doors project just 18" away from the car. This is a similar or less space than a traditionally operated door requires.

With the BMW i8 Swan doors, It's a stunning beautiful design that will be easy to maintain through the years. If you look really closely at the engineering of the Swan doors for the BMW i8, It's a master class of simplicity, lightness and design.

There's additional oddities in the BMW i3 coach doors such as the driver and front passengers seatbelt being attached to the rear coach door making it weird dropping off the kids from the rear and having to undo your seatbelt. Parking in tight spaces and using the coach doors can also be problematic.

For the Model X, the Falcon doors are slow to open and close and I can imagine the novelty wearing off quickly as the slow operation of the doors becomes an irritant. Have you ever seen how rough an impatient kid can be on a car door?

Both the BMW i3 coach doors and the Tesla Model X Falcon doors offer greater access to the cabin and ease of entry exit than traditional doors, with the Falcon doors being vastly superior in that important area.

Both Tesla and BMW deserve a lot of credit for giving us innovative, interesting and in the case of the BMW i8, drop dead gorgeous doors.

Doors can be so "aufregend" cool.