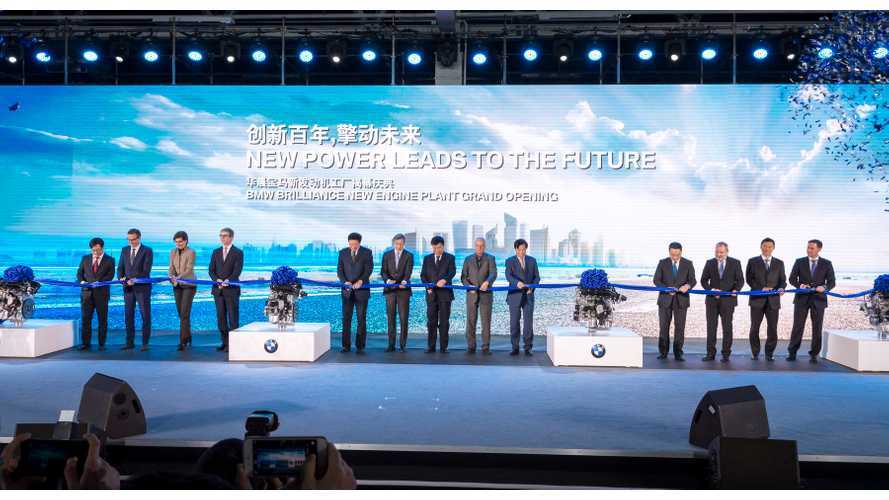 BMW Brilliance Automotive (BBA) - the Chinese JV between BMW and Brilliance - announced the opening of a new engine plant with a light metal foundry in Shenyang.

"The new location will produce the latest generation of the BMW TwinPower Turbo three and four-cylinder petrol engines and forms part of the BBA production network based in Shenyang in Northeastern China. BBA is a long-standing joint venture between the BMW Group and Brilliance China Automotive Holdings Ltd. A total of around 2,000 BBA employees will work at the engine plant over the long term."

But we are not interested in the internal combustion engines. The thing that attracted our attention is a tiny part of the press release about plans of adding battery production on site:

"The future: production of high-voltage batteries

In addition to combustion engines, the new engine plant will also produce high-voltage batteries for future Plug-in Hybrid models. As with the organisation of engine assembly, this project will entail close cooperation between BBA and the BMW Group to ensure knowledge transfer from high-voltage battery production in Germany."

Sounds like battery pack production will be launched in China, using know-how from Germany where BMW uses Samsung SDI battery cells. Samsung SDI recently opened a lithium-ion cell production site in China, so they would be ready to deliver the cells to BBA (though don't know if Samsung SDI will be the supplier).

If BMW Brilliance Automotive needs battery pack assembly in China, then that means they must be gearing up for a line-up of plug-ins.