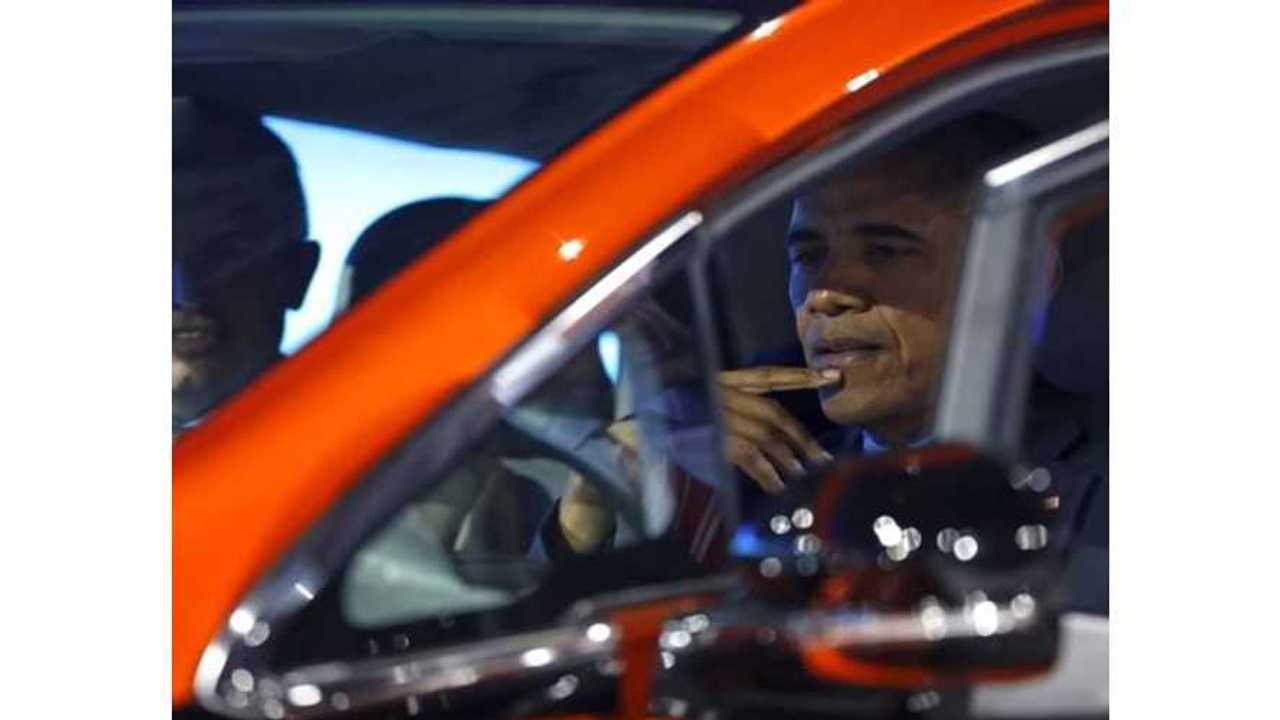 On Wednesday, President Barack Obama visited Detroit, Michigan to check out some vehicles at the 2016 NAIAS.

Obama showed particular interest in the plug-ins vehicles on display, including the Chevrolet Bolt.

A longtime supporter of electric cars, Obama spent much of his time at the show in and around the 2017 Bolt.

Locals even spotted Obama at one of the state's newest breweries (Jolly Pumpkin), where he was seen enjoying a tasty brew.