Honda Clarity Fuel Cell To Lease For "Under $500" Per Month In U.S. 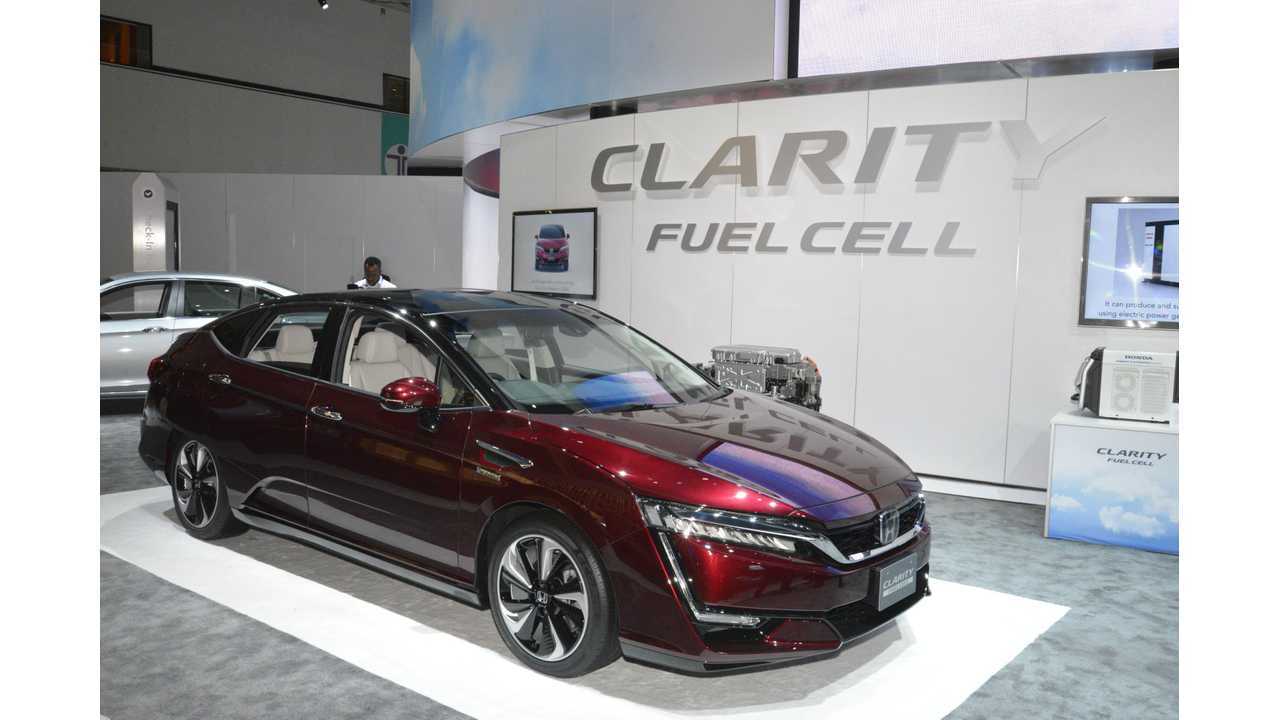 Honda announced plans to begin sales of its hydrogen fuel cell Clarity Fuel Cell in the U.S. before the end of 2016.

The latest FCV will not be available nationwide or even California-wide as the Japanese manufacturer "expects limited volumes in the early stages of production".  Well, that and there is little-to-no hydrogen refueling stations in the state, as Toyota recently found out by having to halt sales at some of their dealerships while waiting on more to be constructed.

Deliveries will begin at certified fuel cell vehicle dealers in Los Angeles and Orange counties, as well as in the San Francisco Bay Area and Sacramento.

Honda didn't set prices yet, but expects an MSRP of around $60,000 and a targeted monthly lease under $500.

It seems that there will be no option to buy these cars, at least not in 2016:

"The company will start by leasing vehicles and expects to move to retail sales with increased volumes and market coverage coincident with increasing vehicle supplies and the growing hydrogen refueling station network."

The offer from Honda seems similar. The Clarity Fuel Cell is a five-seater though, while Mirai seats only 4. Range exceeds 300 miles on full tank, then you'll have to find a scarce 70 MPa pressure refueling station.

Honda repeated that by 2018 it will launch a plug-in hybrid model based on the Clarity Fuel Cell model.

"The Clarity Fuel Cell anchors an expanding portfolio of advanced environmental Honda vehicles, including a reengineered 2017 Accord Hybrid, going on-sale this spring, and a new Honda Plug-In Hybrid vehicle based on the same platform as the Clarity Fuel Cell, slated for launch by 2018."

"The new Clarity Fuel Cell and Accord Hybrid arriving this year, along with the new plug-in hybrid coming by 2018, are critical steps toward a new generation of Honda advanced environmental vehicles and a true volume pillar for Honda and our product portfolio in the U.S. The Clarity Fuel Cell is a potential game changer because it offers an uncompromising, zero emissions customer experience, with performance, utility, range and refueling time on par with today's gasoline-powered cars."