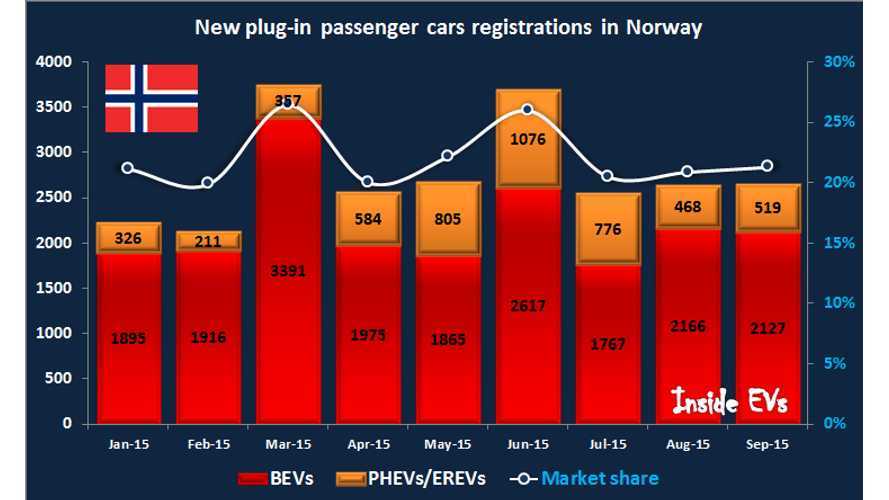 Norway has an insatiable appetite for electric cars. In September, plug-ins accounted for some 21.3% of all passenger cars sold.

In total, about 2,646 (including 2,127 BEVs and 519 plug-in hybrids) plug-ins sold translates to year-over-year growth of ~ 77%. But there were also 40 new all-electric vans, 570 used imported passenger BEVs and even three hydrogen fuel cell cars registered.

While plug-in hybrids appeared in measurable volumes about two years ago and are growing strong, the base in Norway still are all-electric cars at 17% market share.

Most popular model in Norway this year is Volkswagen e-Golf, but direct competitor Nissan LEAF starts to recover in the third quarter reaching 23% share among passenger BEVs.

Tesla Model S has been stuck in place in the past 12 months and needs to find a way back to the path of growth.