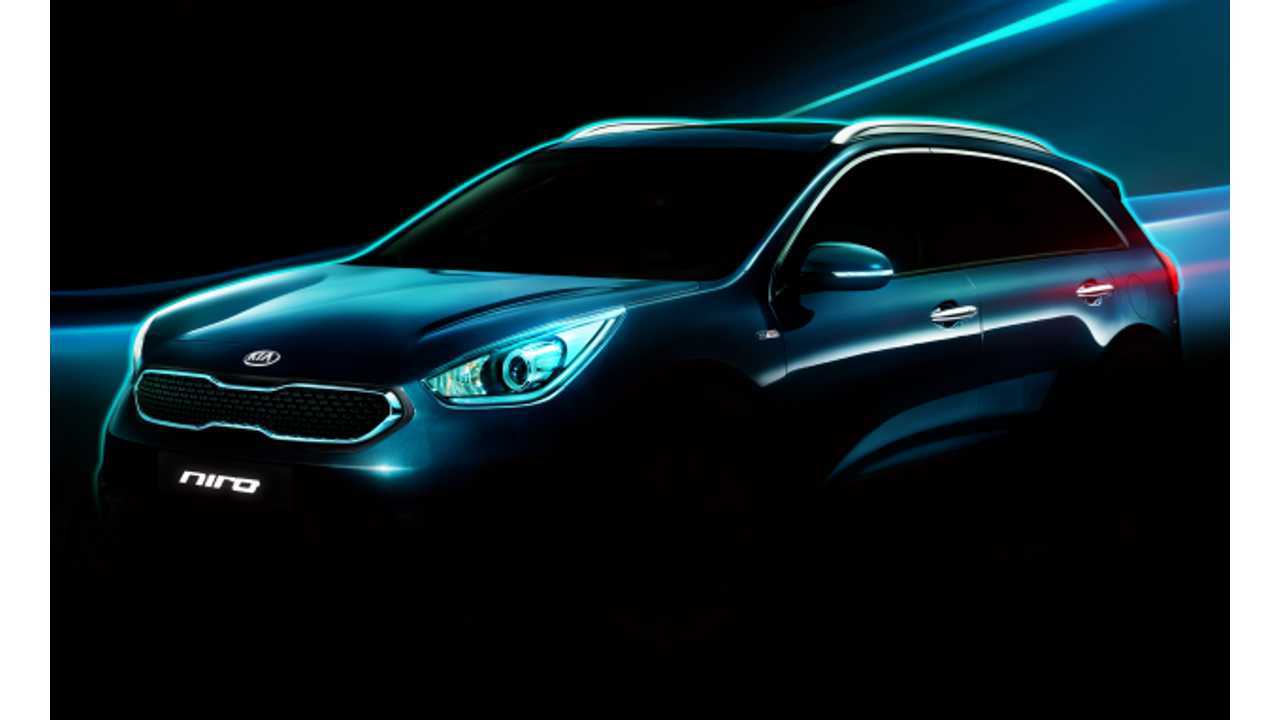 In mid February, at the 2016 Chicago Auto Show, Kia will unveil its Niro crossover (teaser images above and to the right).

Niro is a dedicated hybrid model, built on the same platform as the Hyundai IONIQ.

While only the hybrid version of Niro will be on display in Chicago, a plug-in hybrid (and probably even a BEV) version is in the works.

We expect to see HEV, BEV and PHEV versions of Niro, just like with the IONIQ.

Kia says that the first Niro (HEV) should be on sale in the U.S. in late 2016, with the PHEV to follow shortly after.

"Teaser images of the Niro released ahead of its unveiling in February suggest some design cues may be borrowed from Kia’s newly redesigned Sportage compact crossover, including a deeply creased hood."

"The Niro will be built at Kia’s assembly plant in Hwaseong, South Korea, and is slated to go on sale in late 2016. It will be powered by a 1.6-liter gasoline engine paired with a 32-kilowatt electric motor. A plug-in hybrid variant will follow."

It seem as though both Hyundai and now Kia are readying a plug-in onslaught!