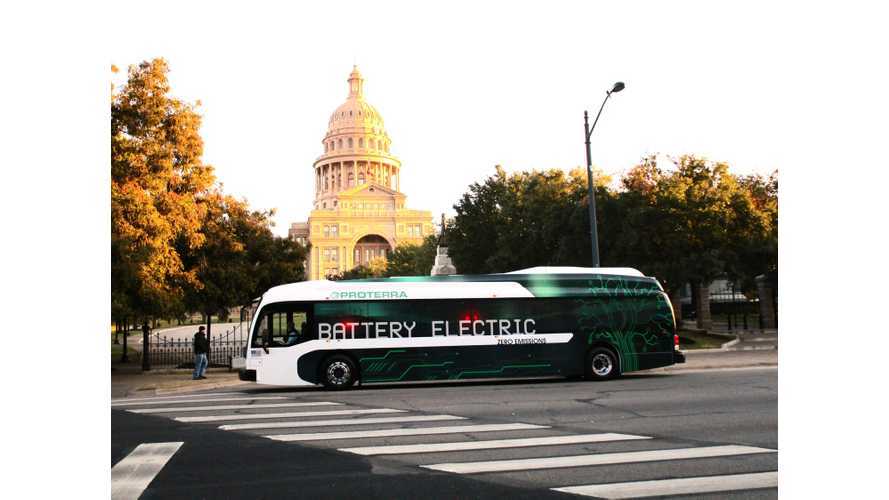 Proterra, based in Greenville, SC (headquarter and manufacturing plant), is ready for future expansion of its electric bus business.

The company recently announced the addition of $55 million of liquidity. That should help to leverage production and sales of its new Catalyst 40-foot buses.

"Proterra has closed a $30 million Series 4 equity round led by $19 million from several new strategic investors. The existing major investors in Proterra added $11 million of equity."

Michael Linse, a partner at KPCB and Proterra board member said:

"Increasingly Proterra's products and technology are earning industry credibility as fleet customers place second, third, and fourth orders for Proterra's zero emission transit vehicles. And while the company has made great strides within the last year, we're really looking forward to supporting Proterra through this next stage of expansion."

$30 million out of $55 million comes from existing and new investors, while the additional $25 million is a debt financing to fund second manufacturing facility in California:

By simultaneously securing a strategic debt facility and a large growth equity financing, Proterra will finish the second quarter of 2015 fully funded to expand into the West Coast markets through its new California manufacturing center, ramp production to meet growing demand, and continue to invest heavily in future generations of EV transit technology."

"This is a pivotal time for Proterra as we launch the latest generation of our technology and double our production capacity. We're appreciative to have such strong investor interest and confident in the company's ability to deliver strong results for all.  Our new and existing investors are supportive of both our need to increase capacity as well as continue to lead the market in steadily improving and perfecting EV technology for transit.  These financings are a powerful source of growth capital and will accelerate the adoption of EV technology in transit."

Our Catalyst™ 40-foot bus has built on the innovative heritage of the EcoRide and taken it to another level. Our TerraVolt™ Fast-Charge system is the world’s first 40-foot battery-electric bus with fast-charge technology and can operate 24/7 without conventional refueling. It’s also up to 500% more fuel-efficient than a typical diesel or CNG bus – resulting in tremendous operating cost savings. Using its on-route, fast-charging technology, Proterra has demonstrated that its electric bus can travel over 700 miles in a 24 hour period, alleviating customer concerns about limited range in Proterra’s electric buses.