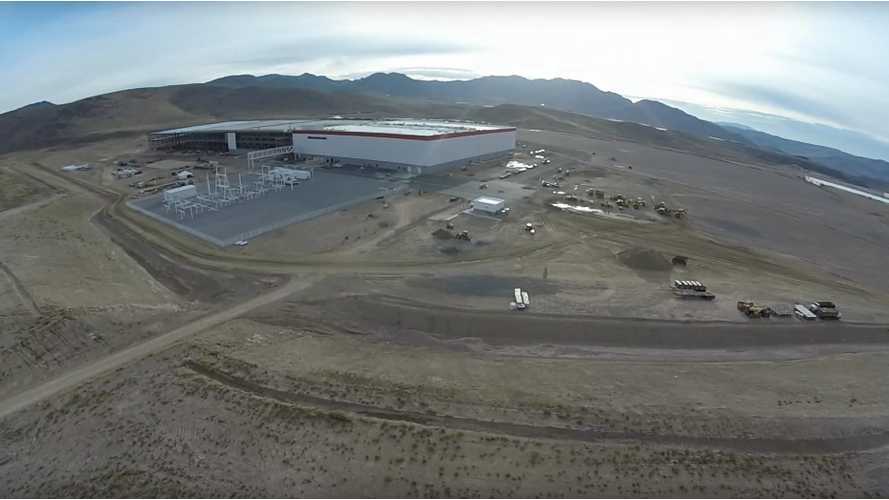 Youtuber Black66 released a new low-altitude quadcopter flyover from the Tesla Gigafactory, which shows us the progress made since one month ago.

Tesla has already began work inside the building, and there is a power station growing nearby too.

Overall size of the building is several times (probably 4 times) smaller than the final target size of the Gigafactory, and is still called a pilot plant at this point in time.

The pilot plant should go on-line by Spring 2016.