Tesla: Model X Reservation Holders To Configure Before End Of 2015, Next Wave Soon 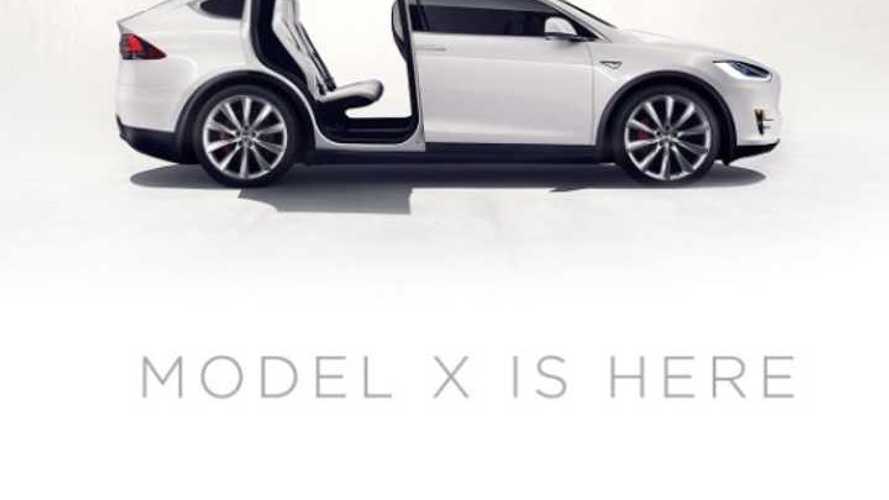 Tesla Informs Model X Reservation Holders That It Will Be Opening Up More Configurations Soon, Hopes To Release All By Year's End

Tesla Motors has sent an email out to many (if not all shortly) reservation holders, that it will soon invite the next wave of Model X reservation holders to configure their cars.  Currently the order backlog is estimated at around 28,000 persons (ex-cancellations).

Tesla Is About To Open Order Books For The Model X

Says Tesla in the email (which is copied below):

"We will invite the next group of reservation holders to configure in the next few weeks."

No word on how large the group is; to date only the premium Signature Model X (spec/pricing details) reservation holders have been able to configure (~1,200 persons).

As the notification email is to all Model X would-be buyers (who are not unexpectedly anxious to configure and price their SUVs), Tesla gives the heads-up on when everyone in their reservation queue will get the chance to order.

"We hope to invite all current reservation holders to configure their cars before the end of 2015."

Our first thought after seeing the email was, 'great now we will get all the information on the standard 90 kWh Model X trim levels and options'.

Our second thought was 'what does Tesla CEO's twitter revelation (now deleted) that the ~70D-ish Model X won't be announced for 12 months do to current reservation holders expecting that vehicle when their number comes up?'  - many of whom had assumed they would be able to order that trim level of the X on launch.

The Tesla CEO previously tweeted (above) that Model X buyers can expect to pay a $5,000 premium over the Model S on similarly equipped all-electric SUVS.