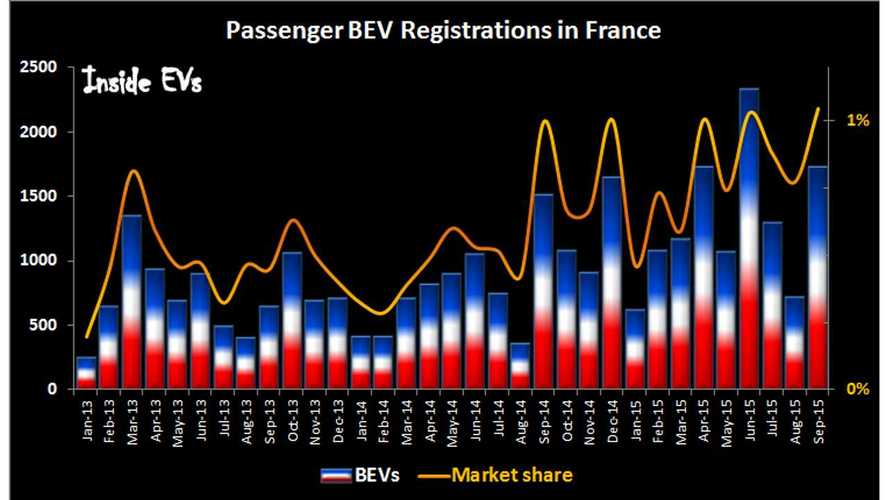 Renault ZOE, the best seller in France, reached again over 11% sales volume of the similar, but conventional, Renault Clio.

Tesla Model S seems to be the fourth most popular passenger EV in France this year with 509 registrations.

Here is the French report about the market condition for BEVs, while plug-in hybrids awaits their turn.