First 2016 Chevrolet Volts Arrive At Dealership...In Canada (Update for US) 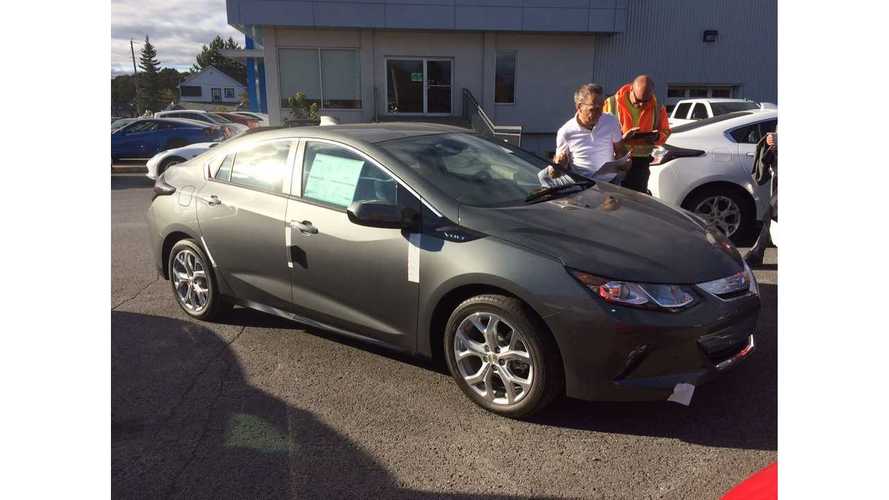 Bourgeois Chevrolet in Quebec, Canada has taken delivery of what's believed to be the world's first two buyer-bound 2016 Chevrolet Volts.

The pair of 2016 Volts are already sold, meaning that they were pre-ordered awhile back and the eager buyers will likely take delivery of the cars today or tomorrow.

Canada wasn't expected to receive the 2016 Volt until November of this year, so clearly that date has been moved up.

Meanwhile, Cars.com lists 59 2016 Volts at dealerships in the U.S. at time of press, but since there are no pictures (or just stock photos) connected to those listing, we're guessing the cars have not quite arrived yet -but we expect those in appear in a day or two.

Update:  The first US 2016 Volts were received by dealers Friday, with deliveries expected this weekend.