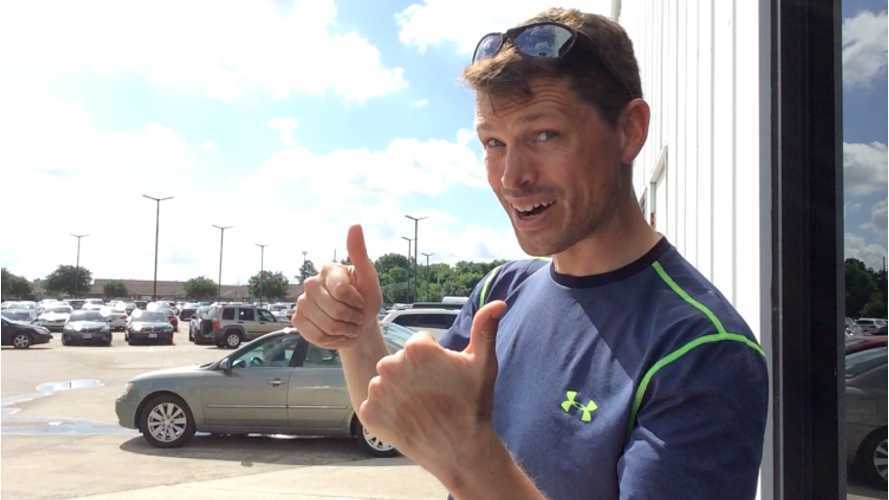 My last day on Interstate 10 was bittersweet. On the plus side, I never have to ride on I-10 again! On the negative side, I won't be going to familiar charging stops again. It was nice knowing exactly what to expect upon arrival at charging stations throughout the day.

My first charging stop of the day was more eventful than I would have liked. One of the 2 chargers at the Houston Whole Foods does not work (Fault), and the other one could not supply full power to my charging system. It worked last time, but that was because I was at a lower state of charge. For an explanation, check out the video. (I'm pretty sure it was 208V instead of 220V or 240V.)

I also met a woman driving her Tesla and helped her charge after I had enough juice to get to the next station.

After that I headed to BMW of Beamont, where I talked with some people I met last time. Then McDonald's in Lake Charles.

Then I got off the highway onto a smaller road and life became good again. I hadn't noticed how much I dislike riding on the highway. The only things that made it palatable was Brad Paisley and Taylor Swift. I just had to Shake it Off and Do the Math.

Once I started heading North to Hixson Ford in Alexandria, LA the rain started threatening. I got a little damp on the way, but nothing too bad. Charged up at Hixson Ford, then headed to Natchez where I will sleep before heading up the Natchez Trace Parkway.

Once again the rain got me a few times, but I rode through the scattered showers easily. People wonder if an electric motorcycle can ride in the rain. Of course it can! Like a champ!

Riding in the rain in Louisiana.

I used AirBnB to find a place to stay and got plugged in right away. Met some bikers who were also about to ride the Trace and had a nice chat with them.

Can't wait to get on the Natchez Trace parkway and enjoy the riding part of the journey once again.

Map of my route from Katy, TX to Natchez, MS.