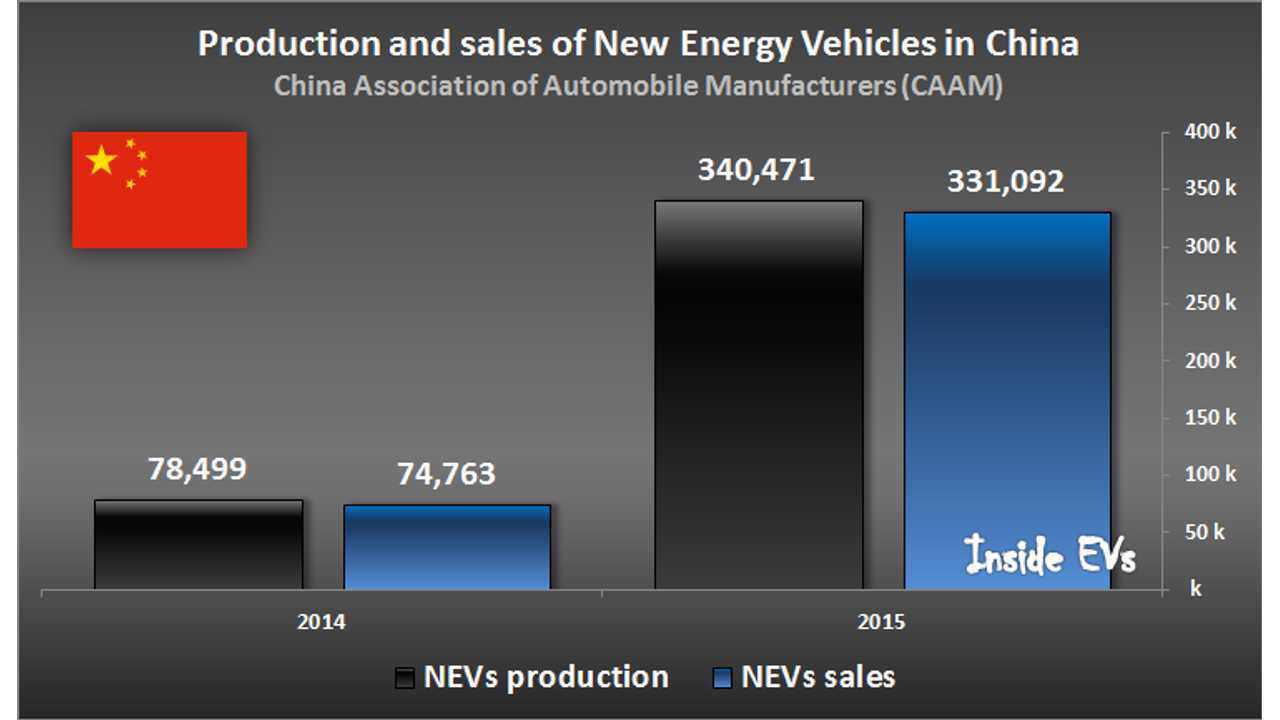 Chinese New Energy Vehicles production and are sales surging to the point at which it takes global lead (basing on absolute values).

In 2015, Chinese manufacturers produced 340,471 all-electric and plug-in hybrid vehicles (cars, buses, trucks) and sold 331,092. That's not all, because sales of imported cars (like Tesla Model S) are not included in those figures.

Most of those sales comes from pure electric vehicles, which grew more than twice as much as plug-in hybrids in China:

The bulk of NEVs sales are passenger cars - 207,382, while the rest are classified as commercial vehicles.

It's interesting that the commercial segment is growing much faster - up by over 1,000% year-over-year and mostly (5:1) those are BEVs.

The largest manufacturer in China and the company with the top selling NEV in China is BYD.

BYD is also the first manufacturer that crossed 10,000 sales of plug-in electric passenger cars a month, but they sells other types of EVs too - mostly buses.