Evatran Gets $1.6 Million To Expand Its Wireless Charging Business In China 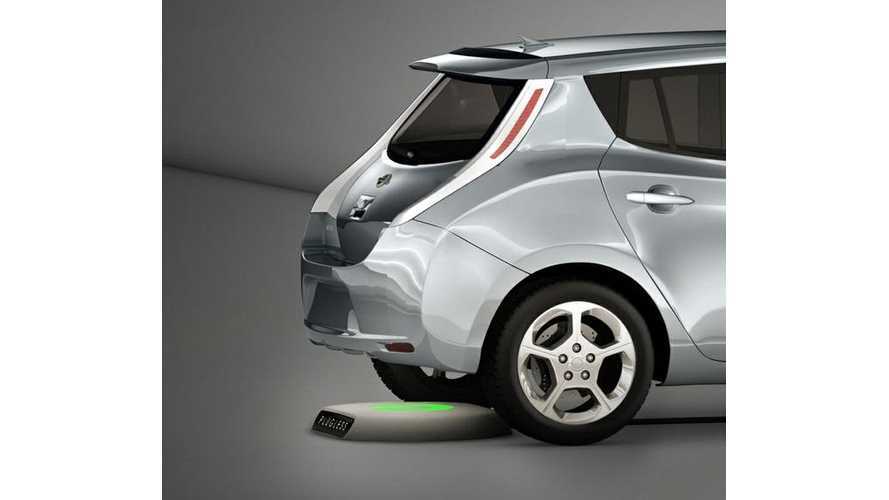 Beside Nissan and GM EV Products, Evatran's Plugless Power Wireless Charging System Will Be Available For the Tesla Model S and BMW Products Later This Year

Evatran was the first company to bring true wireless chargers to commercially available electric vehicles in the United States.

Now with a $1.6 million dollar investment from Chinese auto parts maker Zhejiang VIE, it will begin the "first phase" of its partnership to introduce wireless EVSEs to China, the fastest growing EV region in the world for 2015.

“We’re a small fish in a really big pond with some large competitors. VIE helps that; helps us be a bit bigger of a fish,”Evatran CEO Rebecca Hough said to Richmond.com on the news.

If everything goes as planned in the cooperation between the two companies in China, VIE will be part of an additional Series B Investment round that will open later this year.  Evatran hopes that program will raise another $5 million to $10 million to better compete against the larger players in the segment, such as Siemens and Bosch.

Currently Evatran's aftermarket "plugless system" is available for the Nissan Leaf, Chevrolet Volt and Cadillac ELR, but the company has plans to introduce models to work in conjunction with the Tesla Model S and BMW i3 later this year.

Evatran also sent us the following press blast on the deal:

RICHMOND, Va., June 29, 2015 – Today, Evatran Group, Inc. (“Evatran”) announced that it has completed a strategic investment from Zhejiang VIE Science and Technology Company (“VIE”), a leading manufacturer of automotive parts based in Zhejiang Province, China.  The initial investment of $1.6 Million is the first phase of a planned further partnership with Evatran to introduce wireless electric vehicle (“EV”) charging product to China, the world’s largest EV market.

China surpassed the United States for the largest electric vehicle market in the world, by sales volume, in late 2014.The partners began conversations in early 2015 and closed this initial investment in early June in order to move forward with planning and due diligence in preparation for marketing the Plugless technology in China. With a further cooperation for the China market, VIE will complete an additional equity investment in Evatran’s Series B investment round to open later this year.

Headquartered in Zhuji City, Zhejiang Province, China, VIE is a Tier 1 automotive manufacturer which services both China-based OEMs and the global automotive market. VIE went public in 2011 on the Shenzhen Security Exchange (SHE:002590) and, across the whole VIE group (including VIE Science & Technology Co. and other business units), surpassed $1.2B USD in sales in 2014. VIE specializes in the development and manufacture of major automotive parts and has led the development of a number of state and trade standards across China.  This relationship with Evatran is part of several key strategic investments by VIE in new vehicle technologies.

Evatran is the market leader in putting wireless charging technology in the hands of individual EV drivers across North America. In 2013, it completed field trials in partnership with Google, Hertz, SAP and Duke Energy and in March of 2014, began selling directly to EV owners in the United States and Canada. To date it has provided more than 200,000 trouble-free wireless charge hours.  Currently, Plugless supports 3.3kW charging for the Chevy Volt, Nissan LEAF and Cadillac ELR EVs. It plans to support Tesla and BMW EV models later this year with 6.6kW wireless charging.

According to Navigant Research the global EV charging market is estimated to be $152.6 million in 2015 and grow to $2.9 billion within a decade, as demand for EVs continues to increase globally.  The partnership between VIE and Evatran is built on the confidence that wireless EV charging has significant potential to disrupt the charging market and help grow overall EV adoption.

The Plugless™ Level 2 EV Charging System, developed by Evatran™, is the first wireless electric vehicle (EV) charging system on the market in the world. It offers customers a simple way to charge their EVs with the ease of wireless technology. Originally founded in 2009, Evatran is headquartered in Richmond, Virginia and has installed its wireless charging products across the USA and Canada with over 100 certified dealers and installers. To learn more about PLUGLESS visit www.pluglesspower.com.