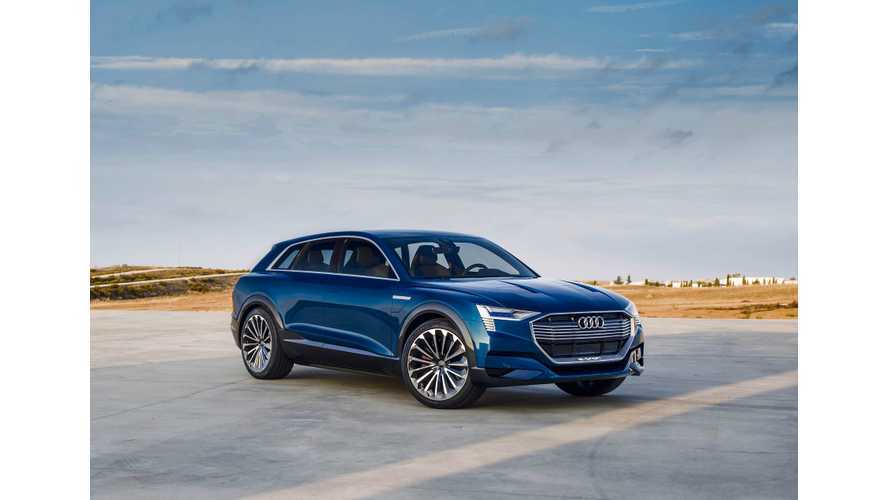 The all-electric SUV announced by Audi for 2018 will be produced in Brussels, Belgium.

The German manufacturer again stressed that it treats the production version of e-tron quattro concept as a large series project.

The Brussels plant will not only assemble the cars, but also produce batteries, which we understand as pack/module assembly.

The lithium-ion cells will be manufactured in Europe - as Audi has established a partnership with both LG Chem and Samsung SDI, although we don't know details on location (none of those suppliers have a cell production factory in Europe).

"The Brussels plant will also have its own battery production. The site in Belgium will thus become a key plant for electric mobility at the Volkswagen Group."

Anyways, the Brussels facility will be busy enough to focus only on the e-tron SUV and will move Audi A1 production to another location.

"Audi is preparing its international production network for the mobility of the future. Large series production of the first purely electric driven SUV from Audi will begin at the site in Brussels in 2018. The plant will also produce its own batteries. The company will transfer production of the Audi A1 from Belgium to Martorell in Spain. The Audi Q3, which is currently produced in Spain, will be built in Győr (Hungary) in the future."

Rupert Stadler, Chairman of the Board of Management of AUDI AG said:

“The new model distribution will enhance our production efficiency and strengthen all of the sites involved. It will allow us to utilize further synergies within the Volkswagen Group and to bundle key competencies.”

What we know about Audi e-tron SUV: