BEV Advantage Over PHEV/EREV Highest In U.S. In Four Years 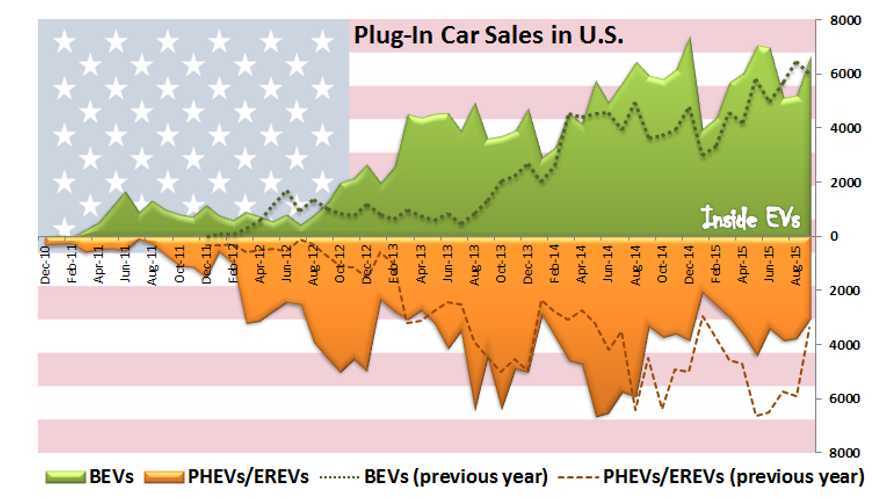 While exploring the market outlook in the U.S., we are taking this opportunity to look at the difference between all-electric and non-all-electric plug-ins.

Using data collected by the Electric Drive Transportation Association, which breaks down BEVs and PHEVs (incl. EREV), we found out that the advantage for BEVs is increasing.

Note: Data from EDTA typically slightly differs compared to InsideEVs due to the estimations involved with Tesla sales, but the numbers are very close overall.

On the other hand, Chevrolet Volt and Toyota Prius PHV weighed heavily on plug-in hybrid sales, which have been falling not only every month of this year, but 14 months constantly, according to EDTA.

Now, we await new sales results from the 2016 Chevrolet Volt in October.  Then we will see if the chart once again becomes more balanced, or at least growing on both sides if the new 2016 Nissan LEAF (with 107 mile range option) both arrives and sell decently enough to offset the Volt gains in the last two months of the year.