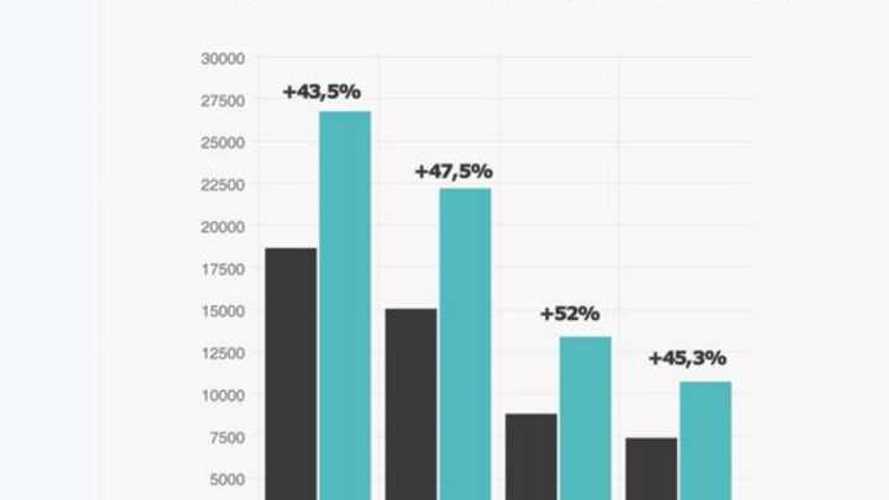 All four of the European Union's top all-electric car markets for 2015 saw significant growth compared to 2014.

As expected, Norway is still #1, but other markets such as France, Germany and even the UK enjoyed more growth in 2015 than did Norway.

As a whole, Europe has seen tremendous growth in electric car sales throughout much of 2015. As an example, in November of 2015, BEV sales in Europe shot up by 48.6%, compared to November 2014.

Much of Europe started from a low base, so growth is expected to continue at a high rate for some time now, unlike in the U.S. where previous high base sales led to sales actually being slightly down in 2015 and only minimal growth is expected for 2016.