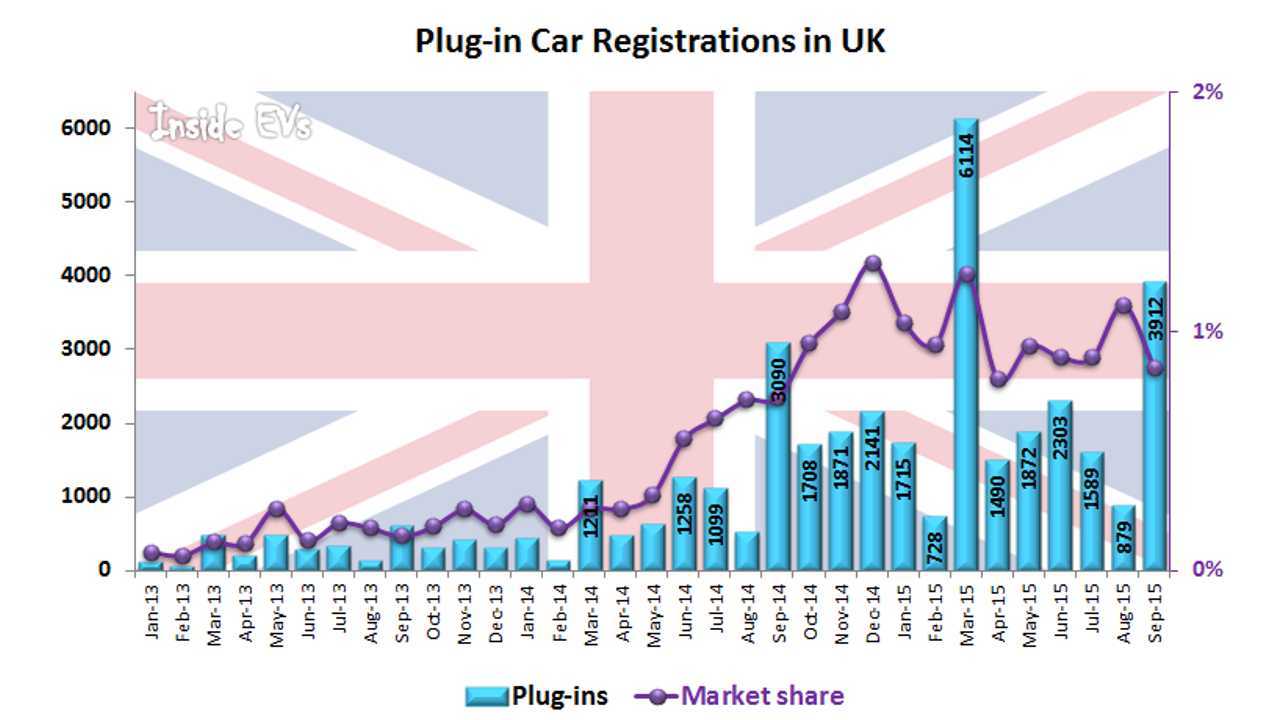 Plug-in electric car sales follow the general growth of the UK's automotive market, which in September increased for the 43rd consecutive month.

Compared to last September, plug-ins went up by 27%.

Important is that both categories are growing so far this year.