Hyundai Debuts EV & Hydrogen Station - Can We All Get Along? 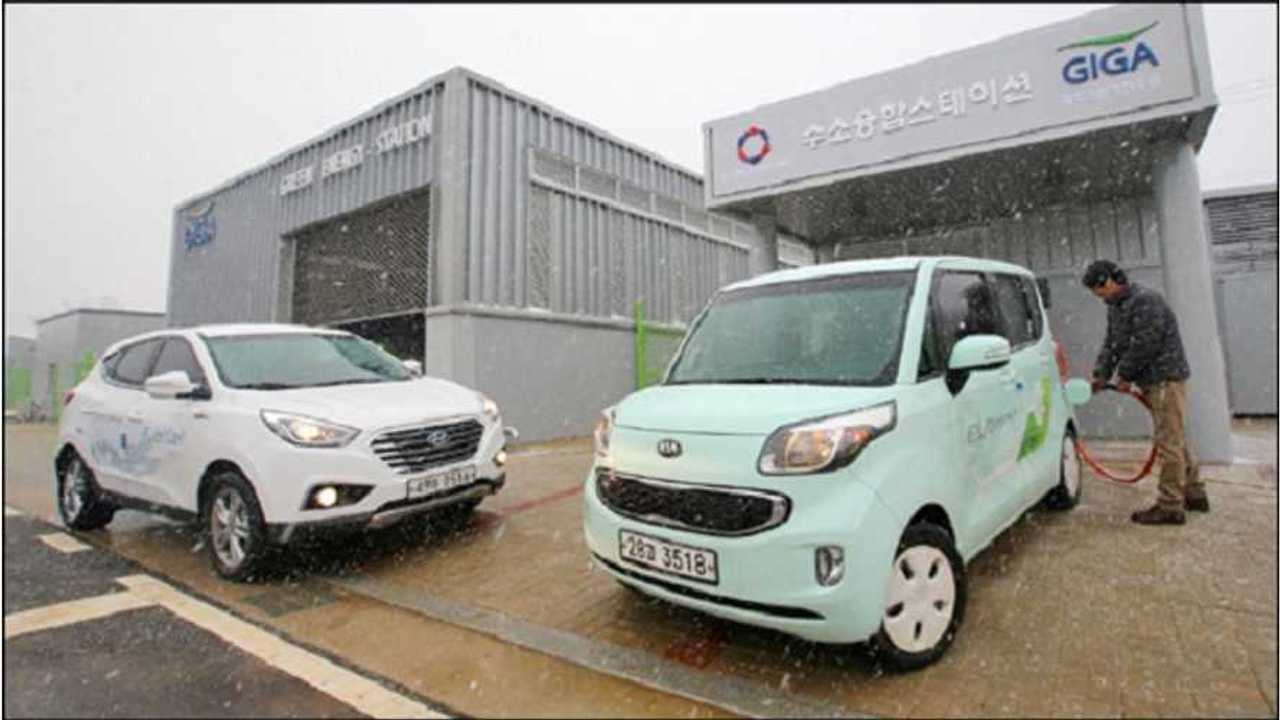 Hyundai has announced the completion of something it calls a "Fusion" station, the blending of two (up to 4 soon) relatively new alternate fuel technologies into one location for public consumption.  But can its users from the two camps get along without throwing sticks at each other?

Specifically, a station equipped to refuel both a hydrogen fuel cell vehicle (such as the Tucson ix35 show above) and the more common plug-in electric vehicle (Kia Ray EV).

This particular 'Green Energy Station' is situation in Gwangju, South Korea, within the Jingok Industrial Complex.

Interestingly the station was first put together as part of the 'hydrogen economy' infrastructure, and the plug-in services have just recently been added; perhaps as a result of Hyundai's recent strong commitment to the tech with the upcoming IONIQ BEV and PHEV?

Construction on the project began in July. and is open to both forms of green transportation today.

The Hyundai Group will now study the station, at least in relation to its fuel cell usages (guess they know how EVs work already) and also hydrogen V2G (vehicle-to-grid) business models- including V2G inverters for fuel cell generators and vehicles.  The complex will expand in the second half of 2016, adding a CNG and LPG charging center that will be modified to also have a hydrogen-generating reformer.

The real question we would like answered for Hyundai's study (after watching many a FCV article discussion section implode) is; can EV and FCV vehicle owners co-exist in the same place without kindly giving 'bits of knowledge' to the other side, if not breaking into heading arguments about which is the superior tech?