Survey: EV Buyers Upgrade For The Tech, 39% Count On Incentives To Buy, Don't Like Used 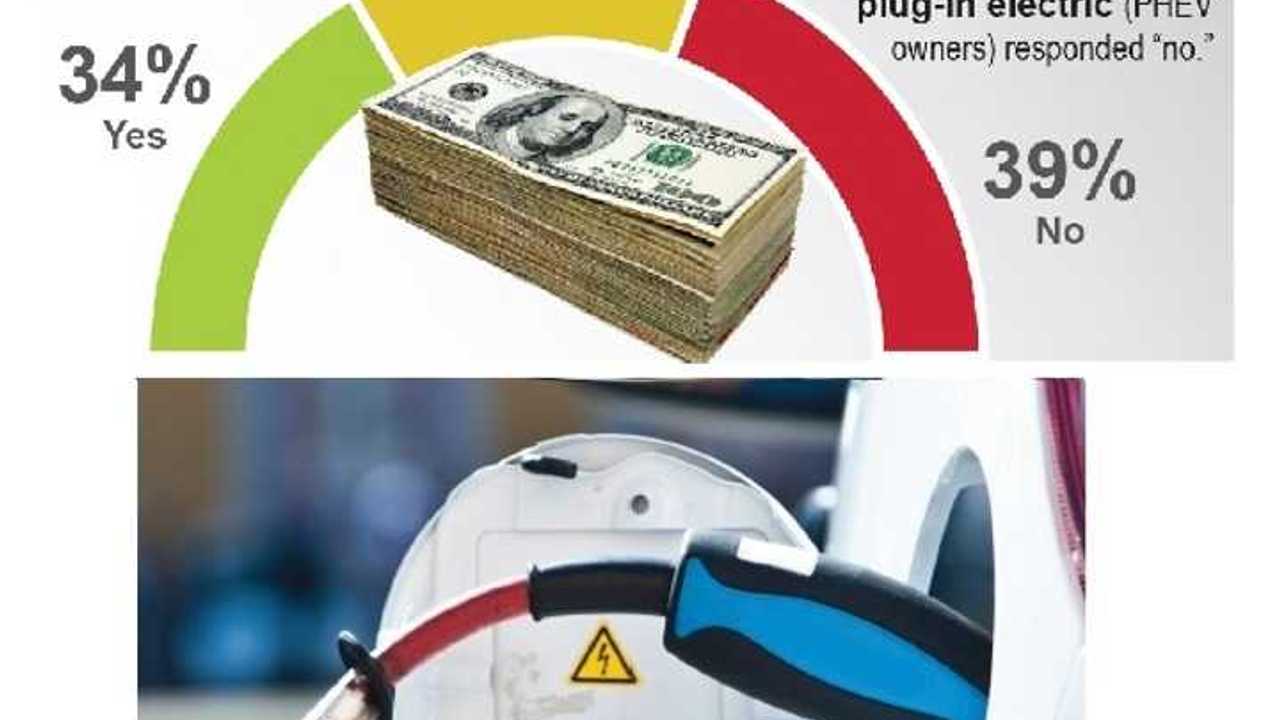 Why Buy A New Plug-In Vehicle? (via Morpace)

Survey: 43% Of Buyers Say They Needed Government Incentives To Convince The To Buy An All-Electric Vehicle (BEV)

One of those questions being:

"Would you have purchased your first electric or hybrid plug-in vehicle if you did not receive rebates/government credits?"

According to the survey's participants, 39% would not have made the decision to buy without the government's assistance.

So one could look at this data point as a "positive reinforcement" for the $7,500 federal rebate, or an indictment on the state of the EV market segment in the US, ex-assistance.   Your choice.

Interestingly, inside that 39% figure, 43% of BEV (all-electric battery vehicle) purchasers say they needed the government's help to seal the deal, while just 27% of PHEV (plug-in hybrid) owners counted on the incentives.

Do You Need The Government To Assist You To Buy An EV? (via Morpace)

The company frames the results as follows:

"Owners of plug-in hybrids and electric vehicles love the new and improved technology that come with alternative-fuel vehicles...However, consumers are somewhat hesitant to purchase a used electric or plug-in hybrid vehicle, according to community feedback. They also would prefer to receive more detailed information on alternative-fuel vehicles from dealership sales professionals when shopping for a vehicle."

While we imagine the numbers are fairly close to being representational, we do feel we should note that the data was taken from the "Morpace MyDriving Power online community" between July 8th and 20th - and according to the research firm, that community of US electric vehicle owners is just "nearly" 300 strong.

Would You Buy A Used EV (via Morpace)

Perhaps Not Surprisingly, Only About Half Of EV Buyers Think Their Salesperson Knew What They Were Talking About, Most Did Their Own Research