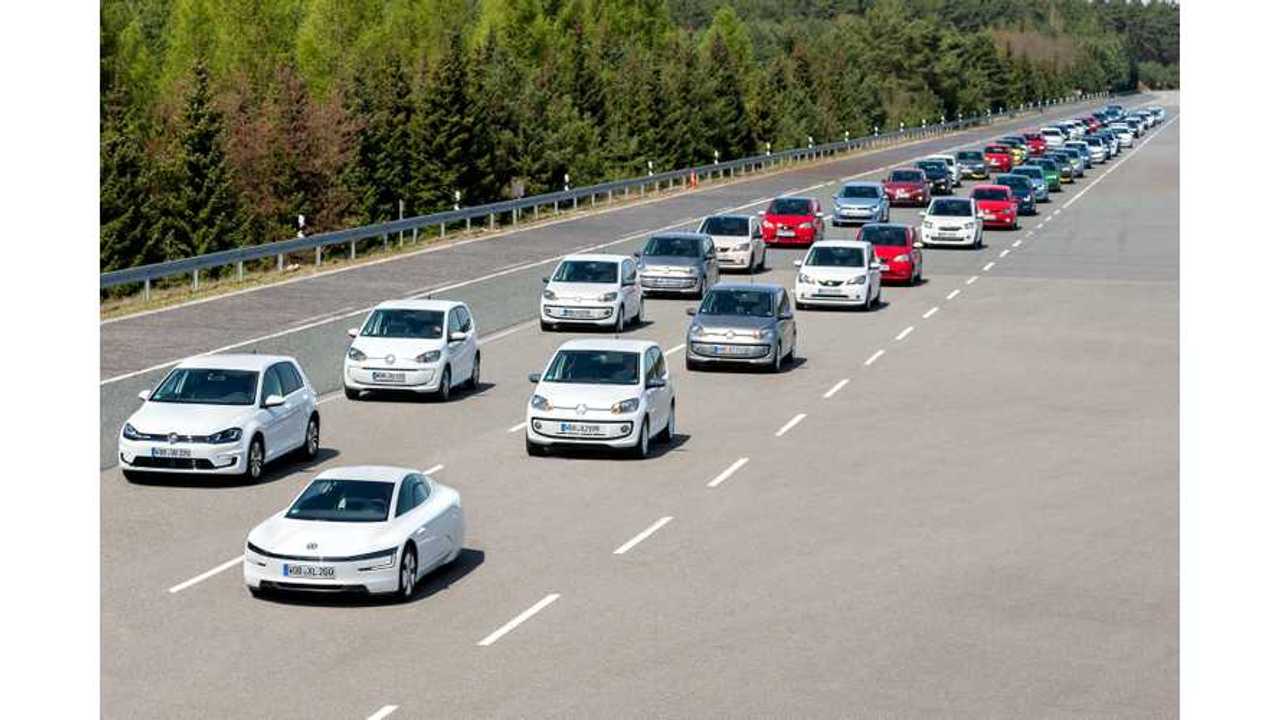 In the last two months, Volkswagen has made two major battery announcements.

The first announcement was that the automaker would know by this July whether or not its breakthrough battery tech with QuantumScape would be ready for primetime.

This announcement was followed by Volkswagen discussing its move to a single battery design to reduce electric car costs.

Now, the rest of the picture is coming into view.

Volkswagen is closing in on a new battery technology that will bring “a quantum leap for the electric car”, according to the firm’s boss Martin Winterkorn.

Winterkorn told German tabloid newspaper Bild, "VW is researching a super-battery in Silicon Valley in California, that is cheaper, smaller and more powerful. An electric Volkswagen that can travel 300km (186 miles) on electricity is in sight. It will be a quantum leap for the electric car.”

That 300 km figure would be an NEDC number.  Translated to an EPA rating, we'd be looking at approximately 125 miles, which still beats today's affordable electric cars.

Additionally, Winterkorn revealed that VW "will launch a three-wheeled semi-scooter called the Last Mile Surfer - in effect a rival to the Segway - that’s designed to be carried in a car and then used for the final phase of the journey."

“It’s a battery-powered scooter with three wheels, similar to the Segway. Our model is much better, though - more elegant and smaller - and with a price under 1000 euros (£710) it is much cheaper. The Last Mile Surfer can be folded and stowed in the boot.”