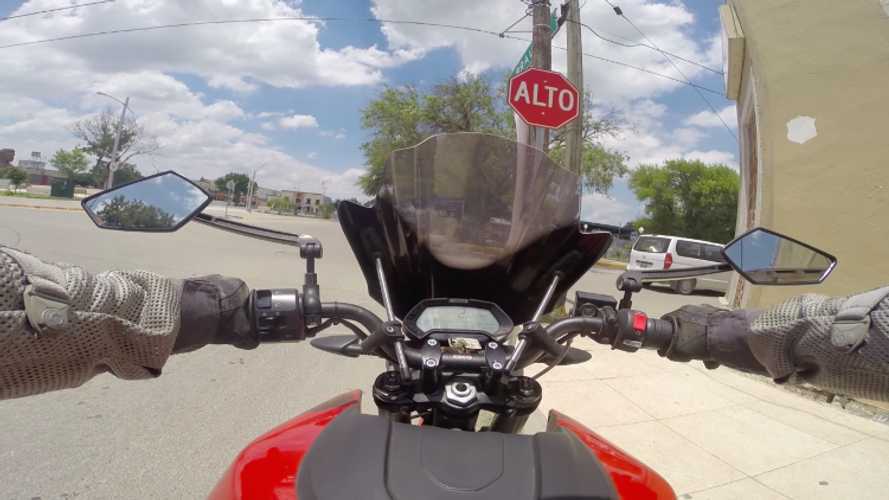 Leading up to my trip to Mexico I have been warned by many people to change my plans and not go to Mexico. The border towns are in the midst of a turf war between drug cartels and there are firefights that can occur during daylight. The government has issued a warning to "Defer non-essential travel to the state of Coahuila." (Coahuila is the Mexican state that borders Texas. Here is the official warning from the state dept: http://travel.state.gov/content/passports/english/alertswarnings/mexico-travel-warning.html)

In other words, don't go there.

Also, everyone I spoke to said they would not go there for any reason. They used to be okay to visit, but in the past few years have become dangerous. Tourists are not being specifically targeted, but the towns are not safe.

So I went anyway. However, I chose to cross the border at Del Rio, TX into Ciudad Acuña, Mexico because it seemed to be farther from the violence.

Stopping at the border checkpoint.

I stopped in Uvalde at the Quail Springs RV Park and they let me charge for free (this time). Then I charged in Del Rio at Hidden Valley RV Park just before crossing the border. The owner almost didn't let me charge there because my 50Amp connection doesn't have 4 pins (it has the 3 that are actually connected to wires). However, her husband was an electrical engineer, and he cleared it up quickly.

Crossing into Mexico there was a $3.50 toll, then the Mexican border guard asked me to open my top case and let me through. No passport, no ID, no questions besides "where are you from."

I rode around Ciudad Acuña for a while and took some video while enjoying my time south of the Rio Grande. It is a small town that has lost quite a bit of business since the US government doesn't allow government employees (including military) to go there on their days off.

Photo of Ben Rich in the main square of Ciudad Acuña, Mexico.

Then I headed back to the border to get back into the US, which I heard can take up to 3 hours. Fortunately, the guys who interviewed me were cool and one was a biker. He actually spoke with me for 5 minutes about my electric motorcycle before even asking me what I was doing in Mexico!

This turned out to be fortunate for me since my reason to go to Mexico was to be the 2nd electric motorcyclist to officially enter Mexico (Thomas Tomczyk is taking an Electric Powered Odyssey to Patagonia from Philadelphia right now). At least I beat Terry Hershner.

Getting home was mostly uninteresting except I had to pay $5 to charge at Quail Springs RV Park, which was fine.

The ride was truly in the wild west, and the landscape was gorgeous. But right now I'm just glad to have made it into and back out of Mexico without incident. That's 2 countries down, the only country left this summer is Canada in mid-July!

Welcome back to Texas after visiting Mexico!

Next I head back to Houston, then to Natchez, Mississippi to ride the Natchez Trace Parkway.

Map of the route from San Antonio, TX to Ciudad Acuña, Mexico.