Volkswagen Electric Car Sales In US Compared To Nissan 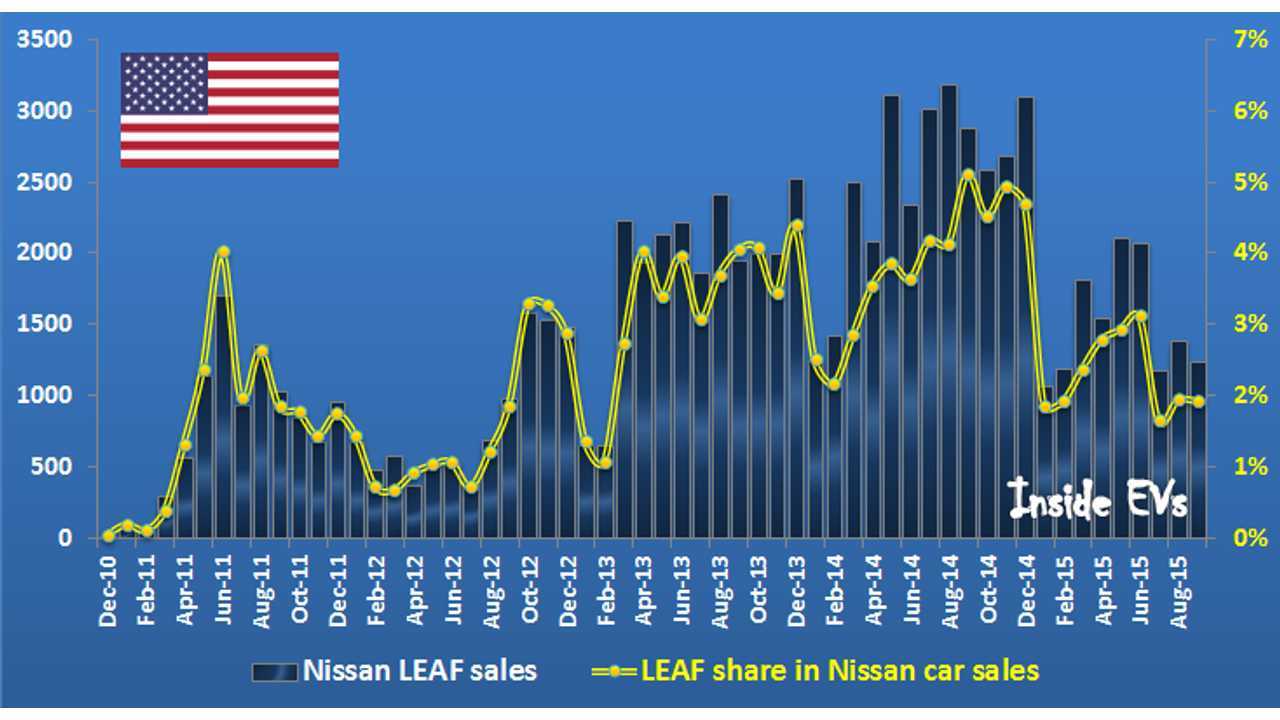 Comparing Nissan LEAF and Volkswagen e-Golf sales in U.S. is risky, as the LEAF is the U.S.' best-selling model (by volume), while the e-Golf entered the party late.

Even today, sales of the LEAF are over three times higher than e-Golf, despite the LEAF going backwards in sales volume this year.

But monthly sales are just one measure. When we take another look, we see that e-Golf, as a share of total sales for Volkswagen, actually has been closing in on the LEAF

This story was updated after error crept in at the stage of data preparation between e-Golf ratio in total Volkswagen sales and Golf family only. We apologize for mistaken conclusion.

The LEAF's share out of all Nissan cars (excluding models categorized as trucks, which also includes SUVs) fell to 2% after peaking last year at 5.1%.

The e-Golf, on the other hand, hit a record of 1.3% among all Volkswagens (even including some SUVs) despite no being broadly available yet.

We suspect that the 2016 Nissan LEAF with a 107 mile option will once again widen this sales percentage gap, but VW is also just now introducing a new 2016 e-Golf model (the SE) priced under $30,000 and widening its distribution net.

Volkswagen e-Golf sales in US – September 2015

e-Golf share in Golf family is expanding to already pretty nice 6.5%. That would be one per 15 Golfs.

We'll be keeping an eye on the future e-Golf share, from October on, after the Diesel Gate scandal.

Volkswagen e-Golf sales in US – September 2015