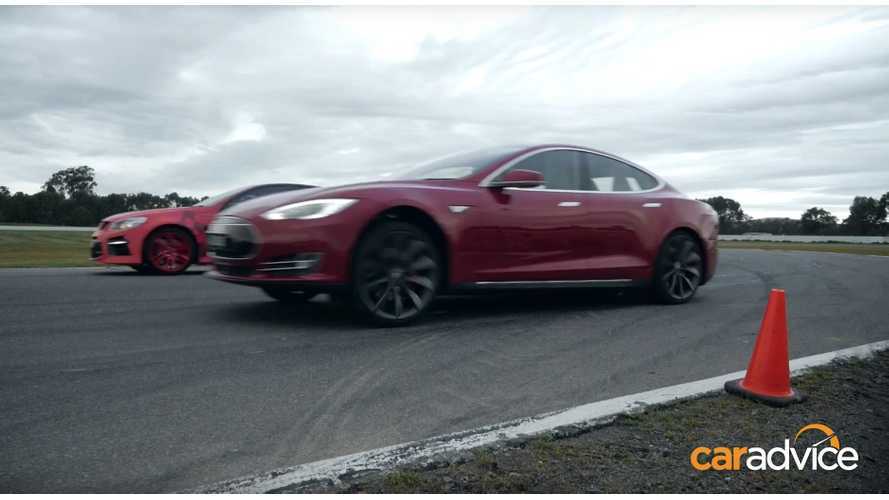 Tesla Model S is so overpowered these days that CarAdvice had to pull out of the garage Australia's fastest four-door sedans to compete weith the S.

First is the Walkinshaw Performance W507

"The Walkinshaw Performance W507 is a modified version of Australia's fastest standard car, the HSV GTS. It makes 507kW of power and 850Nm of torque (that's 680hp)."

"The Supercheap Auto Racing Holden Commodore V8 Supercar is a stripped out race car that competes in the Australian touring car series. It makes over 474kW of power (that's over 635hp) and weighs just 1400kg with the driver. It's capable of over 300km/h."