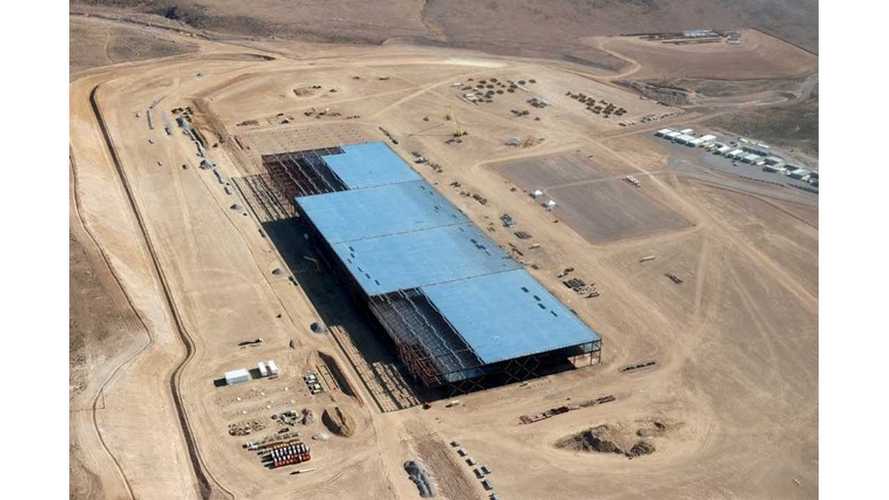 Review Journal (RJ) gives the scoop on the latest progress at the Tesla Gigafactory.

The first phase of the project is near completion. According to RJ, "the 900,000-square-foot building represents just 14 percent of the total size of the factory at build-out."

We'd say that is some pretty good progress, so far!

“That building will be seven times larger once fully constructed.”

“They built the building... They will be starting to move machinery into that building in order to make batteries relatively soon.”

So, it seems Tesla Motors is ahead of schedule.

Hill further added that the finished Gigafactory will be about 5.8 million square feet, the largest building in the world. RJ adds:

"And it could get even bigger, possibly doubling in size, following Tesla’s recent announcement of a new unit to produce stationary energy storage units for use in homes and businesses that can store solar-generated electricity for use when the sun goes down or doesn’t shine."

The Gigafactory is a job creator for sure. Lastly, Hill comments:

“They’re optimistic about Nevada being able to supply a good portion of their workforce at this point through the education system.”

A few more photos and details can be found in RJ's report here.

from a month ago." draggable="false">

Here is another progress photo from a month ago.