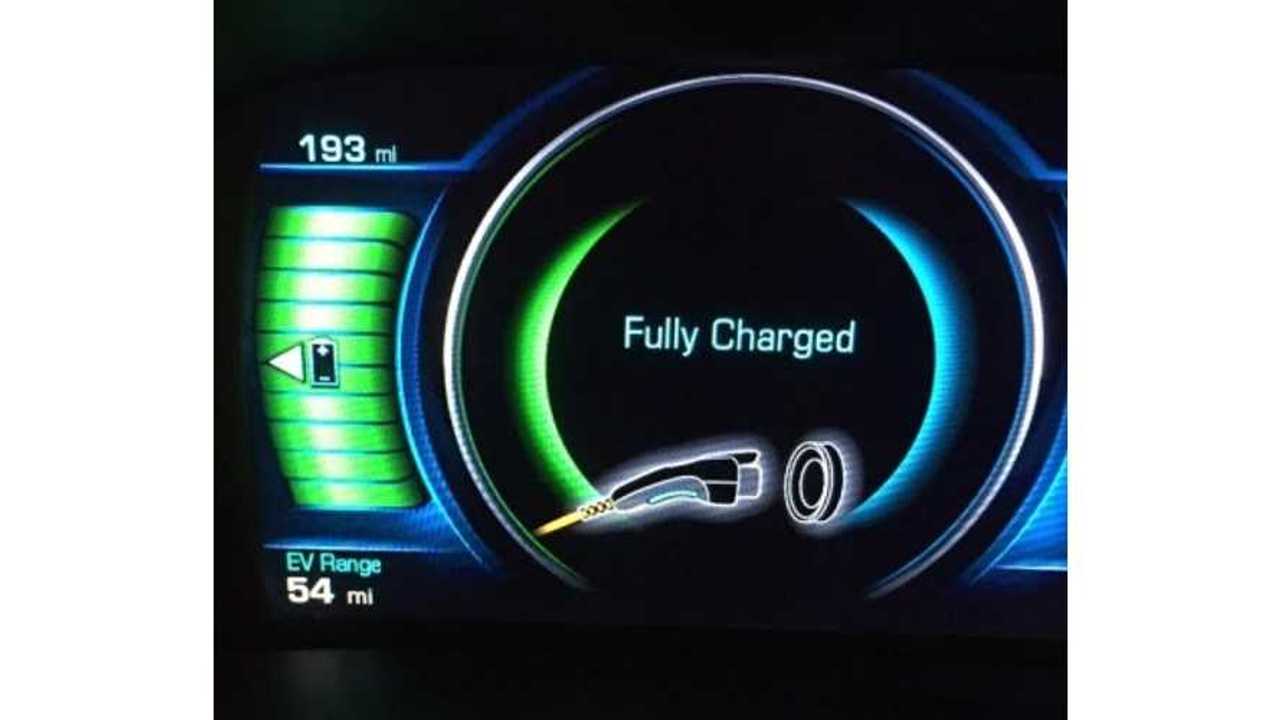 Recently, the folks over at Auto World News attended a General Motors event in Detroit. On display, among other vehicles, was a 2016 Chevrolet Volt.

The Auto World News crew started to examine the interior of the Volt and found that its display showed an estimated range of 54 miles.

Of course, we know that this figure is displayed on the Volt's guess-o-meter, but still it's not often you see a number this high on today's Volt, so perhaps this is indicating that the 2016 Volt has substantially more range than the current model.

Officially, General Motors states that the 2016 Volt will offer an EPA estimated electric range of 50 miles and that final certification testing and full specs will be released in July.  Recently, some of the earlier announced estimated efficiency statistics on the 2016 Volt have been quietly been creeping higher by GM online.