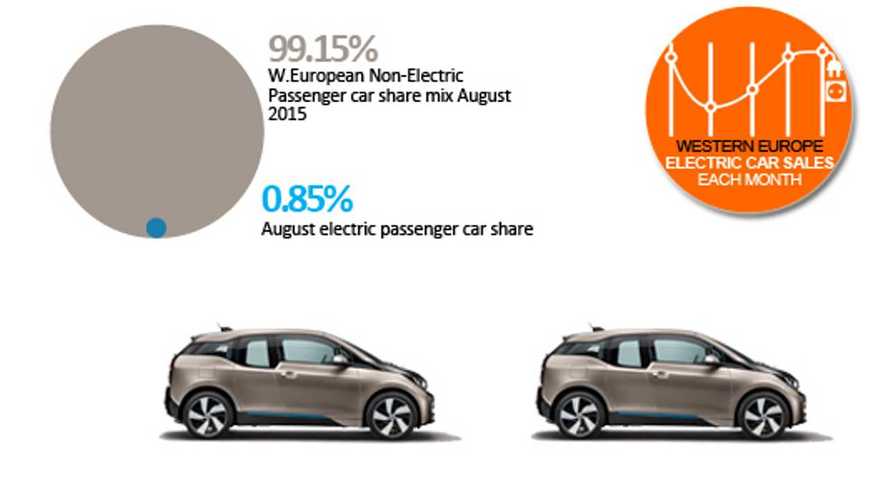 EagleAID revealed that in August, all-electric car sales in Western Europe surged by some 50% from 4,045 year ago to nearly 6,000.

Through the first eight months of 2015, sales went up to nearly 54,000 (up by 53.1% year-over-year) and that's not including any plug-in hybrids or range-extended EVs.

Of course, with 0.85% market share in August, EagleAID is far from satisfied.

There is also a reference to Diesel Gate and the possibility that it could trigger more EV launches from VW:

"These past ten days or so diesel-powered cars stand out as particularly unloved.

With the green buzz among commentators flaring up once more into a crescendo, siren voices outside the autoindustry are pleading for a wholesale boost of financial incentives for electric cars and plug-in hybrids

In the clear light of day, AID compiled figures suggest once more that in todays real world of European dealer showrooms the medias knee-jerk pleas to consumers to dump diesels in favour of heavily subsidised electric cars are likely to fall on deaf ears."