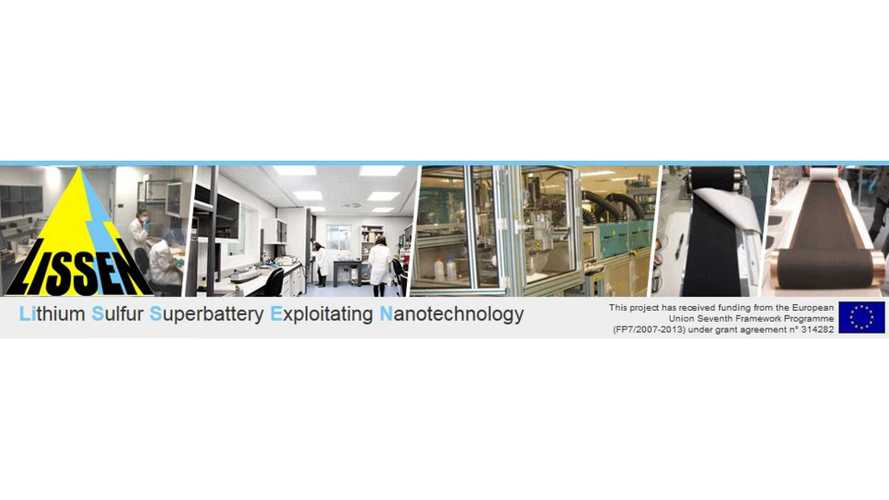 As you can guess, no numbers were attached to the press release, but they would need to hit 750 Wh/kg to treat them seriously (assuming 250 Wh/kg or so for cells used by Tesla).

"The LISSEN project, which was completed at the end of August 2015, covered all aspects of battery production, from investigating new materials to testing large-scale prototypes. 3D geometric models were used to represent material properties. This revealed that the used of modified organic solutions and stable ionic liquid electrolytes could reduce environmental problems associated with sulphur cathode dissolution, while without lithium metal, the batteries would be safer to use.

The new battery developed by LISSEN consists of a silicon-carbon composite anode and a nano-structured lithium sulphide-carbon composite cathode. ‘Our efforts in this project were directed toward the replacement of all present battery components with materials that have higher performance in terms of energy, power, reliability and safety,’ explains Carelli. Prototypes are currently under development at the battery testing centres and industrials partners involved in the LISSEN consortium, where scalability issues and fabrication aspects are now being studied."

To be honest, we would be more than happy with 500 Wh/kg, or even 400 Wh/kg, if only such cells existed and could be delivered at reasonable price with decent charge/discharge cycle performance.

Volkswagen, as a major partner, now has the chance to prove itself by introducing those new batteries in a 500-mile electric car.