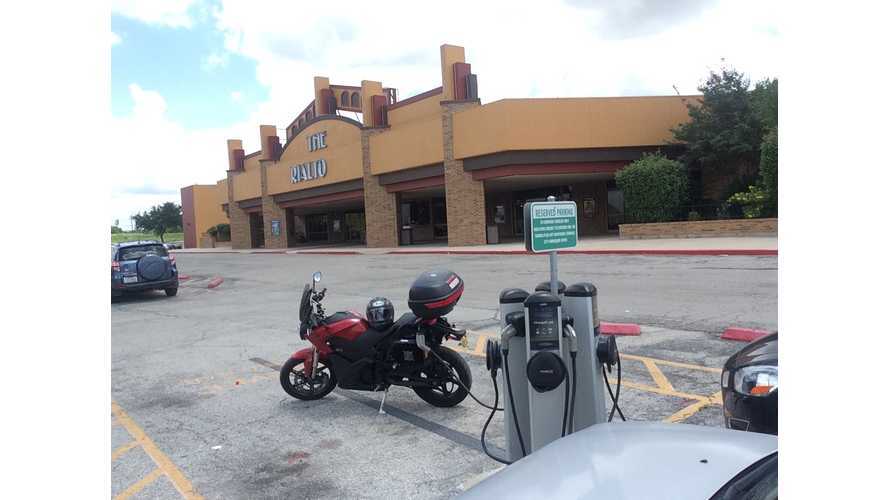 At The RV Ranch

You meet the darndest people at RV Parks.

There are zero charging stations between Houston and San Antonio. It is a veritable desert of charging stations. However, there are several RV Parks, which always makes for good stories. Sometimes charging at RV Parks can be boring, when nobody is there.

However, often people strike up conversation and since I'm there with one and a half hours to charge with nothing much to do, I get to chat quite a bit. Today I met Roy Kolb, the owner of Flatonia RV Ranch. He's a great guy and we had the chance to chat for about 20 minutes while he took a break from upgrading the park (ie - digging a ditch). It turns out, he is the father of Kevin Kolb, who played quarterback for the Philadelphia Eagles.

The other thing that I appreciated was that he charged me by the kWh which is the most fair way to charge money for charging my motorcycle. I used 13kWh at 12.5 cents per kWh so the grand total to recharge was $1.63. He was a bit blown away by how inexpensive it was and didn't take my money. I'll be back on Friday and will definitely pay him then.

After hanging out in Flatonia for a while, I headed to San Antonio and almost made it to my friends' house. However, it was just a few miles too far so I stopped to charge at a movie theater that has 4 Chargepoint stations! Two were ICEd, but that left plenty of space for me.

When I arrived, it became evident that this would be my first stay in an apartment complex instead of a house. So there was nowhere to charge in the parking garage. Fortunately, they let me park next to the dining room table and plug in inside their apartment. Thanks guys!

Tomorrow I attempt to enter Mexico! But for now it's time to head to the River Walk!