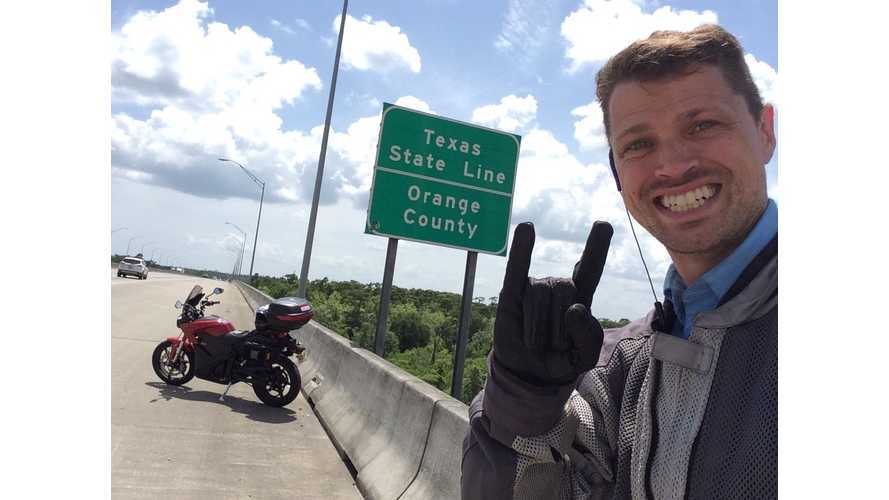 Today went smoothly until the very end, and I nearly didn't make it to my destination.

At my first charging stop I met a person charging at Moss Motors BMW dealership in Lafayette, LA who had recently purchased a Nissan LEAF. It's always fun meeting someone discovering the joys of EV ownership for the first time!

BMW i3 On Display

There are some significant differences between Nissan dealers and BMW dealers. BMW seems to have communicated with their dealerships more effectively than Nissan, resulting in a more consistently enjoyable experience. For example, there are often cars parked at the charging spots at BMW locations, however each time this has happened they have offered to move the vehicles immediately.

The second stop was supposed to be at a Nissan dealership in Lake Charles, however it was inaccurately reported on Plugshare and there is no charging station there! Fortunately there is a McDonald's with a Chargepoint station. In general I hate McDonalds, but this one was nicer than usual and I had a chicken wrap with a smoothie. Probably the healthiest I have ever eaten there.

The third stop was at BMW of Beaumont, and you can see how I tracked my charging there. The charging slowly increases a little, then drops precipitously when finished.

Most of Houston has Blink stations, which I don't trust, but fortunately I found a Chargepoint station at a Whole Foods. But here is where it gets hairy.

It was recommended that I take the HOV lane since I was in central Houston at rush hour, but the signage for I-10 HOV is intermingled with signs for the Route 290 HOV lane. Guess which one I ended up on!

Fortunately I had a little extra charge, so I got off Route 290, and slowly made my way to my destination. After a couple of mixups with the voice from Google Maps, I finally made it with 4% remaining.