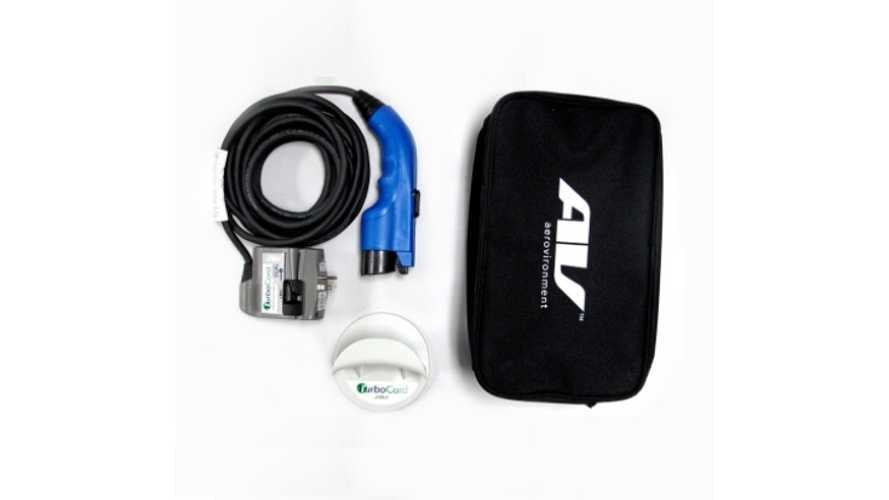 AeroVironment is the preferred charging solution supplier for seven global automakers. The TurboCord specifically is included in every Volvo XC90 T8 Twin Engine plug-in hybrid sold in the U.S., so it qualifies for the the Premier Automotive Suppliers’ Contribution to Excellence Award.

"The Automotive News PACE awards program, now in its 22nd year, honors suppliers' innovations in products, information technology, manufacturing processes and capital equipment. Recognized around the world as a benchmark for innovation, the awards are regarded as the Oscars of the automotive components industry, and are awarded to technologies that offer superior innovation, technological achievement and business performance among automotive suppliers."

TurboCord Dual enables you to charge a car at 16 A from 240/120 V, which is a good feature to have just in case, but its $599 price makes it rather expensive, especially considering the max abilities on L2 (3.3 kW)

“More plug-in drivers are choosing TurboCord Dual for its convenience and versatility, and with its selection by Volvo and nomination for the PACE Award there is even more evidence that TurboCord Dual is making an impact. TurboCord Dual is a remarkably flexible and powerful portable charging solution, and is setting a new standard for fast, dependable EV charging that is both convenient and easy for drivers.”