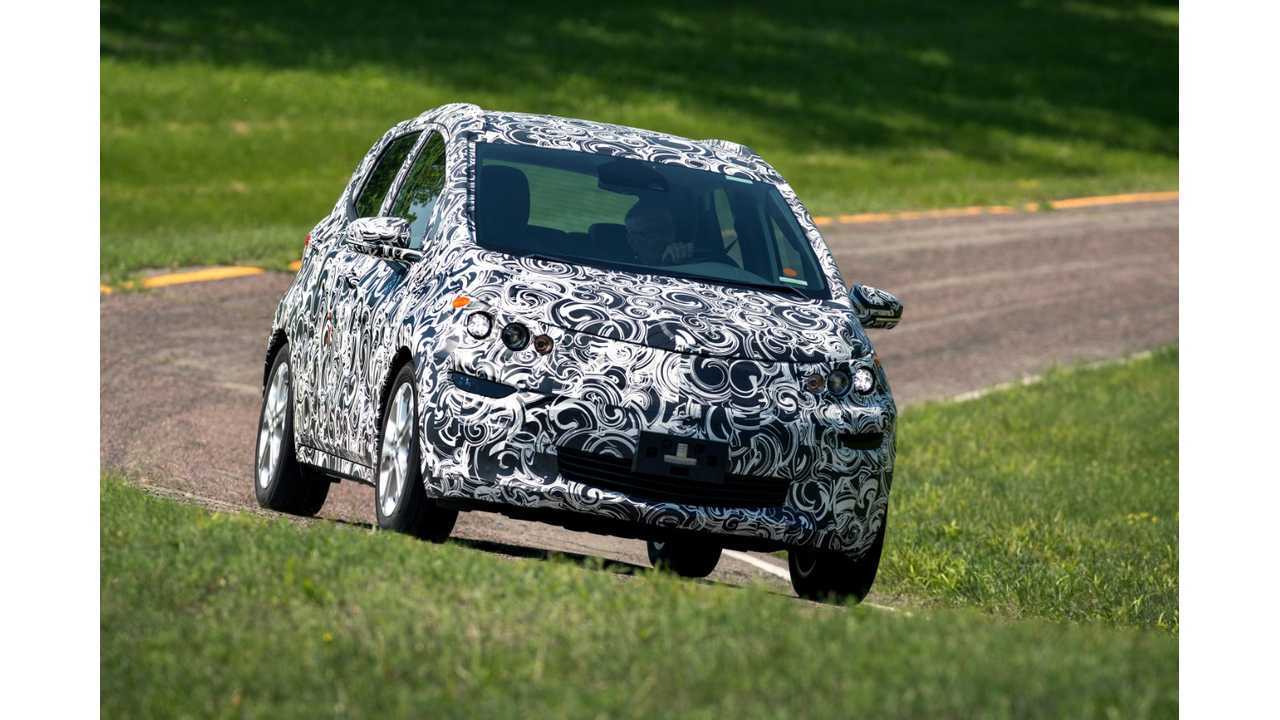 After recent shots of the Chevrolet Bolt testing in at GM's Milford Proving Grounds, surfaced last week, the company has now decided to get ahead of the news and give an update on the program itself.

It turns out that there are 55 pre-production Bolts now in existence and being put through their paces.

These Bolts are being assembled by hand, both at GM's Orion plant in Michigan, as well as in South Korea (where the Chevrolet Spark EV is currently being assembled).  Over 1,000 engineers have been tasked with speeding along the program.

"Effectively these are the bones of the car that's going to be the production Chevy Bolt." - Josh Tavel, the Chevrolet Bolt EV's chief engineer

GM noted that the normal tests for quality were being applied to the miles - comfort, suspension etc., as well as for range verification and DC fast charging performance.

Pam Fletcher, executive chief engineer of EVs at Chevy, said (via slashgear), "They’re running fast, the fact that we can show you fifty-something cars running is busy."

The final production version of the car will be revealed next year, and is expected to begin production in October of 2016 and arrive in 2017 (as a 2018 model) according to sources familiar with the roll-out plans.  GM also stressed that the Bolt EV will be a national offering in the US, meaning all 50 states - as well as select markets internationally.

GM's CEO says that the target price for Chevys 200+ mile compact EV is around $30,000 after incentives.  Ms. Fletcher declined to offer further specifics on the Bolt's ability or the (kW) size of its lithium battery pack.