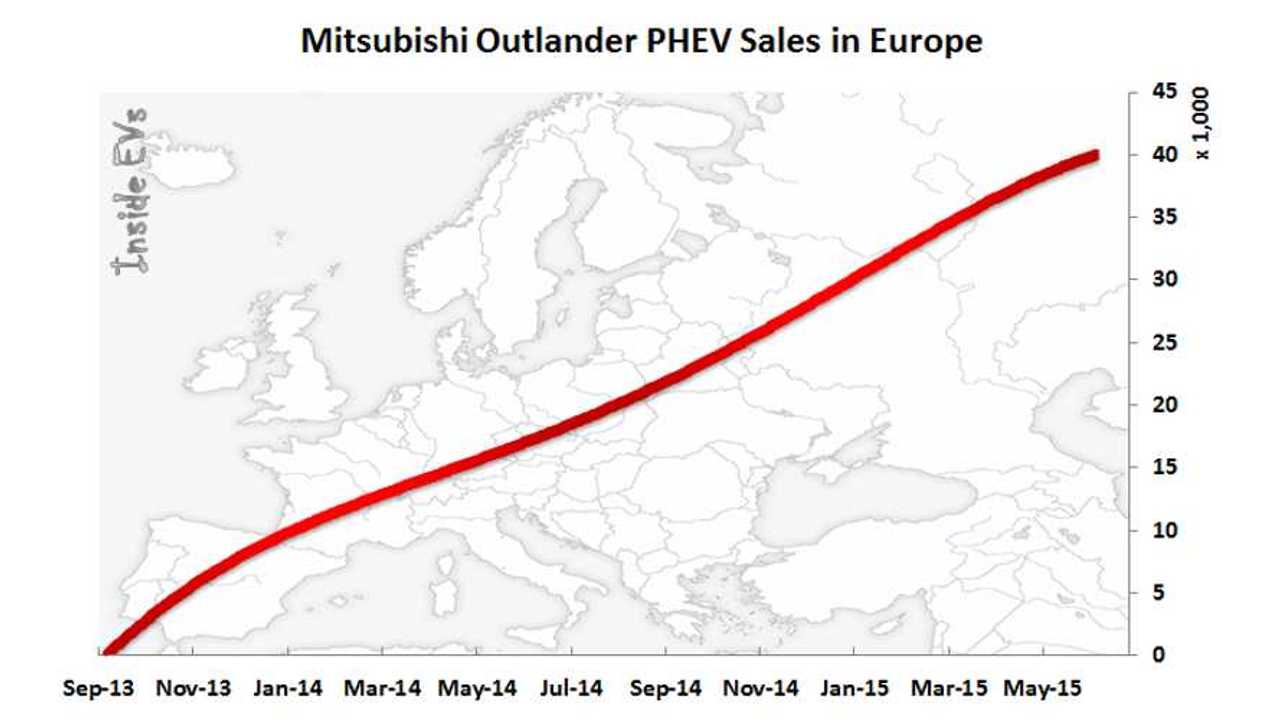 Mitsubishi celebrates its own milestone of 40,000 Outlander PHEVs delivered in Europe since October 2013.

The Outlander PHEV is now even very close to overtaking the Nissan LEAF at 41,500.

For Outlander PHEV, Europe significantly eclipsed Japan, which as of end of May was at 22,000.

Outlander PHEV is now available in most countries in Europe, although 74% of sales are focused in just two countries.

Over 8,000 sales come from Sweden, Norway, Germany and France.