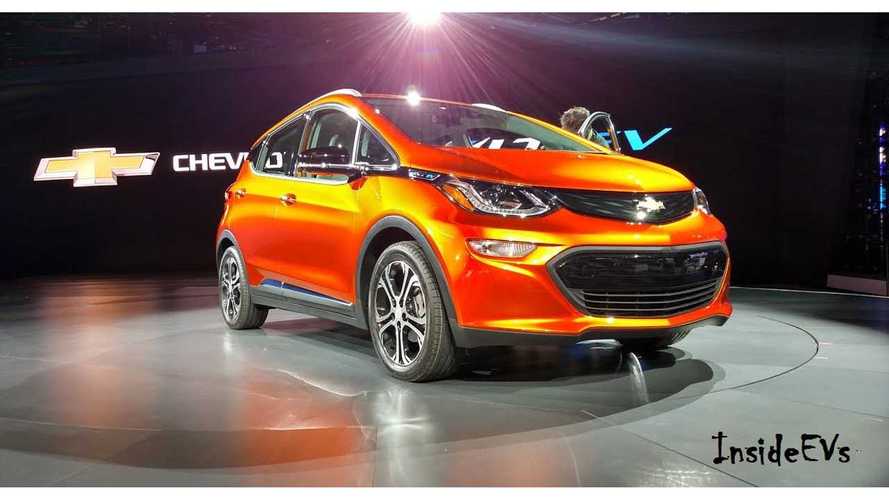 Here we turn our attention back to the Chevrolet Bolt EV debut at the Consumer Electronics Show and North American International Auto Show.

Feedback for the Bolt EV was very positive (as evidenced by nearly 400 comments on our main unveiling story) - probably strong enough to significantly affect sales of currently available electric cars by delaying purchase decisions until the launch of the Bolt EV in late 2016.

Chevrolet Bolt EV has the potential to raise the electric car bar to another level thanks to its 60 kWh battery and expected 200 miles of range at the price of around $30,000 after federal tax credit ($7,500).

But range and price are not the only things that make Bolt a breakthrough. It's a five-seater with a lot of space, according to early test drives at CES. The 150 kW electric motor is more than needed, more than... nearly all plug-ins aside from Tesla, so the 0-60 will be under 7 seconds.

Here we gathered some of the most interesting reviews from CES and presentations from NAIAS to once again check out the Bolt EV:

Driving the Chevy Bolt: An affordable electric car for everyone — CES 2016 - The Verge

Pamela Fletcher is the Chief Engineer for Electrified Vehicles at General Motors. She talks with John McElroy about the upcoming Chevrolet Bolt EV and how the company believes it has cracked the EV code. Not only does the Bolt have a 200-mile range and a price around $30,000, but it has has plenty of interior space and was designed for both personal and shared use.