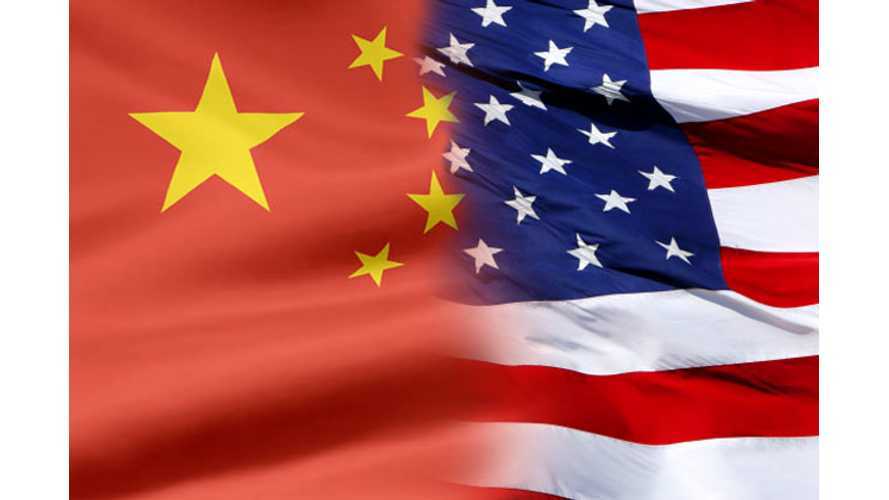 Sadly, the media has mostly missed this bit of important news, and we did too - at least for awhile.

On June 9, in Beijing, China, 75 experts from the U.S. and China met to discuss electric cars.  More specifically, the discussions focused on standardization of electric vehicles.

During the workshop, several topics were focused on, including "standards, conformance, and training programs among industry and government stakeholders to facilitate the growth of the EV market," according to Green Car Congress.

The U.S.-China electric car workshop is part of an ongoing collaborative effort between the two nations.  There are several parties involved:

The full-day workshop was convened as part of the US-China Standards and Conformance Cooperation Program (SCCP) and was hosted by the Chinese Ministry of Science and Technology (MOST), the Standardization Administration of China (SAC), and the US Trade and Development Agency (USTDA). The American National Standards Institute (ANSI) and the China Automotive Technology and Research Center (CATARC) served as organizers. Several private-sector sponsors also supported the event, including Qualcomm, as a Diamond Sponsor, and Contemporary Amperex Technology Limited (CATL), the Institute of Electrical and Electronics Engineers (IEEE), the National Fire Protection Association (NFPA), and Underwriters Laboratories (UL), as Platinum Sponsors.

The goal of the collaborative program is “to work together to adopt and use common, globally accepted standards and conformance programs that will facilitate market access and trade for US companies exporting to China, and Chinese companies entering the US market.  In other words, we must work collaboratively to avoid coming up with conflicting solutions that increase costs for industry, costs which ultimately are passed on to the consumer," states Joe Bhatia, ANSI president and CEO.

The workshop has convened 14 times now.  6 more meetings will be held in the near future.  Then the three-year program will be re-evaluated before moving forward.