BMW i3/i8 Account For Over 9% Of Automaker's Passenger Car Sales In U.S. In September 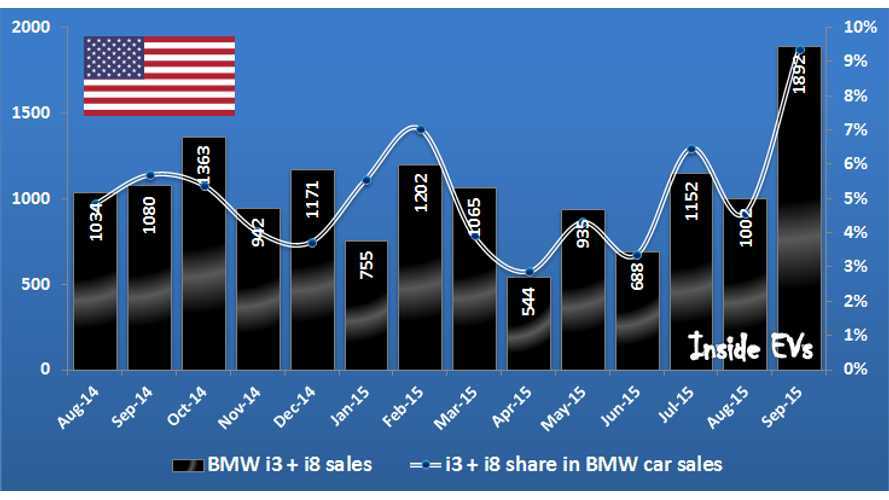 The BMW i3 with the new color Fluid Black

InsideEVs contributor Peder Norby drew attention to the BMW i3 sales surge last month in the US to a record high of 1,710.

Together with 182 i8s, BMW lands at 1,892, so far its best single-month sales mark for plug-in electric cars. According to Peder:

"BMW just crushed its all time sales record for the BMW i3!

Consider this, nearly 10% of all BMW passenger cars sold had a plug in September and the BMW i3 out sold every single Mini model.

This percentage will grow with more PHEV variants on the way.

Maybe even a record for all high-volume, established brands, aside from Tesla.

BMW increased its September passenger car sales by 6.6% year-over-year, so we could say that, only thanks to the i3 and i8, the German brand managed to grow.