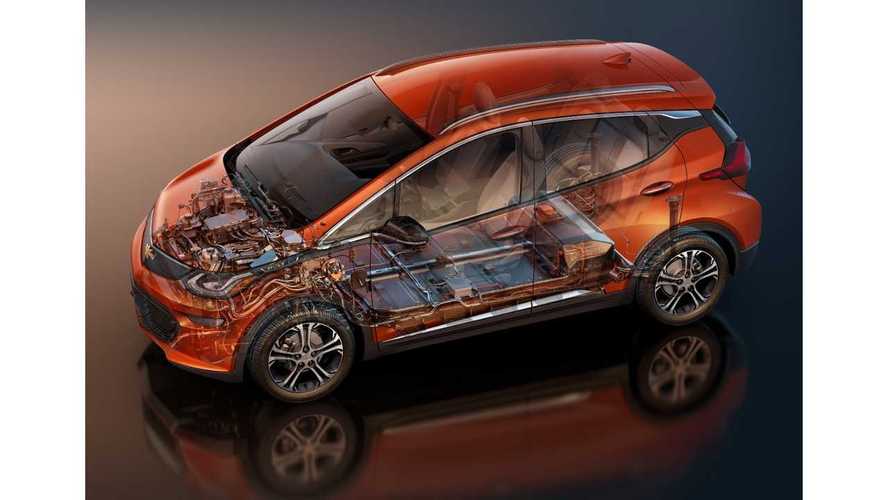 General Motors is confident in the success of the Chevrolet Bolt EV.

GM stressed that Bolt EV is not a compliance car and that annual sales could eventually exceed 50,000.

According to HybridCars.com, GM and LG Chem will be ready to deliver more than the anticipated 20,000-30,000 Bolt EVs, provided demand exists:

"Since last year rumors have perpetuated a notion that GM and supply partner LG Chem have production capacity of only 20,000-30,000 Bolt EVs per year, but this is not true, said Kevin Kelly, manager, Electrification and Fuel Cell Technology Communications."

"There is nothing constraining us from doing that,” said Kelly when asked how Chevrolet might handle a potential deluge of 50,000 orders that would far surpass conservative analyst projections for the Bolt’s first year of sales."

The "rumors" of course were via the same source (2 of GM's own parts suppliers) that first confirmed the Bolt EV into production (before GM), named the location of the production (Orion facility-before GM), when it would go into production (~October of 2016) and that a European version would be built alongside (Opel-before GM did)...all of which turned out to be valid.  The only remaining forecast not yet confirmed?  The 25,000-30,000 planned capacity run.

Our take on this is that it is still good news (via Kevin Kelly's statement) that GM is willing to expand capacity to fill demand of 50,000 Bolt EVs should it reach that high.

However by reading between the lines of the statement, our take is that GM will test initial demand before allocating a 50,000 vehicle run rate, and that initial production capacity will still be set at about 2,000-2,500 units per month out of the gate.  You do have to start somewhere right?

With managerial decision on whether or not to up capacity out of the way, the only major thing GM would need to do to fill those excess orders would be to wait out the lead time to accommodate more parts from suppliers, and of course more e-drivetrain components from LG Chem (including battery cells).

Those lead times, in "EV-speak", generally take about 6-8 months to significantly upwardly adjust production once a decision is made to do so.

Many of us are curious about how well the Bolt EV will sell. It's a solid car with long range and a high power motor, so at around $30,000 after tax credit, we think sales could exceed the current Nissan LEAF.  25,000 or more in the first full year would not surprise us, provided that GM markets it and actually tries to sell it.