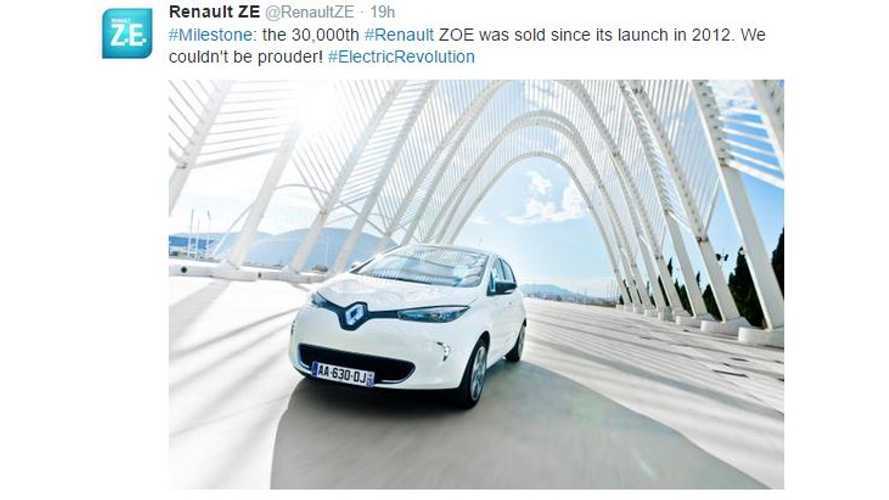 Though sales of the Renault ZOE are far below the world's #1 selling pure electric car (the Nissan LEAF), Renault is proud to report on a milestone achievement of having sold 30,000 ZOEs since it launch in 2012 through September.  Actually, our tally had ZOE sales exceeding 30,000 back in August, but now Renault is making it official.

Surely sales world be higher if ZOE (or Renaults itself) were offered in the U.S., but for an electric car offered mostly (almost entirely in its early years) under a battery rental program, we consider 30,000 to be an exceptional figure.

The latest ZOE updates add more range to the car and it's now being offered with the battery included in several countries, so we expect (and have already seen so far this year) a sales surge in the coming months.