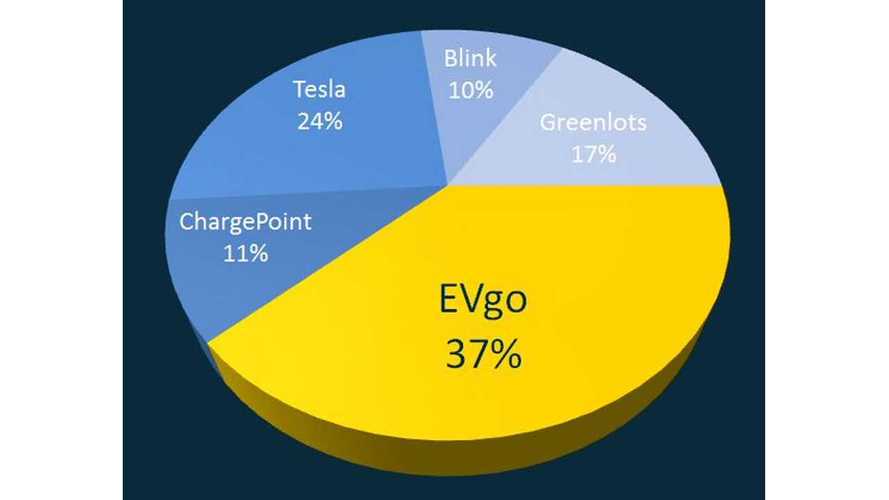 NRG EVgo fast charging station with Level 2 AC on side

NRG EVgo is a major charging infrastructure provider in the U.S. with decent number of fast chargers - no one has more publicly available charging locations, according to the company:

We tried to explore the topic using 249 Tesla Supercharging locations in the U.S. from Supercharge.info as a reference and arrived at a rough estimated of the number of stations for each provider based on the data from EVgo:

Update:  While speaking to Chargepoint, a representative was keen to note that in actual fact their network had "240 Express DC Fast Chargers" locations.  ChargePoint Express units come in a "100" series (up to 24 kWh) and a "200" series (up to 50 kW).  It is unclear if EVgo was considering only full speed DCFC units or DCFC units in general.

The number of locations doesn't reflect that if there is more than one DC fast charger installed at a significant part of those locations and that there are various types of chargers CHAdeMO, Combo and Tesla standards.  Obviously, Tesla still far outstrips everyone from an actual receptacle count standpoint, considering its Supercharging stations average about ~6-8 stalls per location