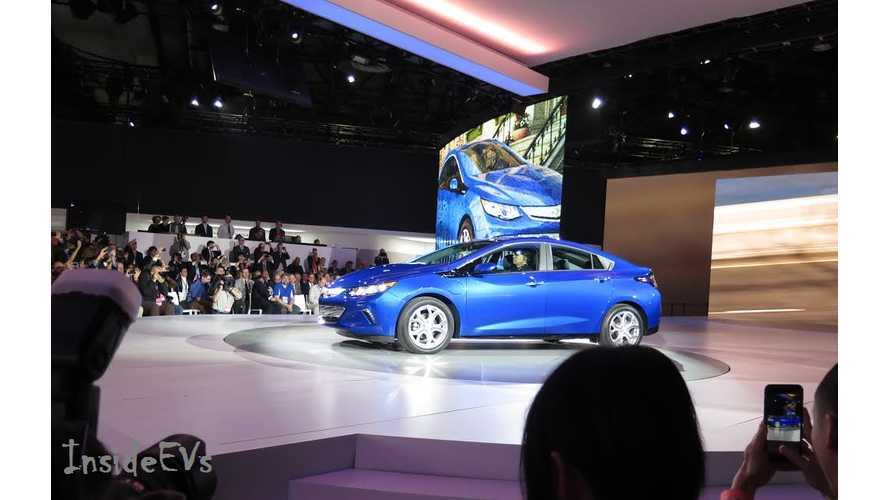 Last month, Charged EVs had the pleasure of speaking about the new Chevrolet Volt with Andrew Farah, 2016 Volt Chief Engineer, and Larry Nitz, head of Hybrid and Electric Powertrain Engineering.

While we advise that you check out the whole interview, a few things drew our attention in the already highly exploited drivetrain topic.

First is the larger gasoline engine in gen-2 Volt (1.5-liter four-cylinder instead of 1.4-liter). According to GM, the larger motor brings few advantages.

"The engine is larger and more powerful, and that is useful not only for efficiency, but also noise and vibration. We can keep the engine more in the background than we could in the first-gen Volt. Overall it’s better in multiple ways. More efficient, more powerful, quieter, and it uses regular fuel – the first-gen used premium fuel."

Second is to increase the proportion of US-made components from about 50% to over 70%.

"We’ve gone from about 50% North American content to over 70% North American content – and a lot of that content has also gone from Mexico back to the US. The electronic modules, for example, are now made in Indiana versus Japan. The electric motors are now made in Kentucky versus Japan. The final assembly of the drive system is done in Warren, Michigan versus Mexico. These electronics assemblies are very hands-off type of assembly, with a lot of automation, so we can cost-effectively do them in the US."

It seems that both the Nissan LEAF and 2016 Chevrolet Volt have cells, packs, electric motors and power electronics made in U.S.

Third is charging improvements of 8-10%. New Volt is still using only a low-power on-board charger for charging - but power output was increased a little bit to achieve similar charging times, despite the larger battery (18.4 kWh vs. 17.1 kWh).

"We’ve learned a lot about charging behaviors and chargers. The charger on the next-gen Volt is 8-10% more efficient. That means that more of the power that you’re taking from the wall goes to charge the battery. The charge times are almost the same as the first-gen Volt even though we store more energy, because the charger is slightly larger and more efficient. The magnetic circuit inside the charger is a point of great development over the last five years, and now delivers really high-efficiency charging – over 90% efficient."