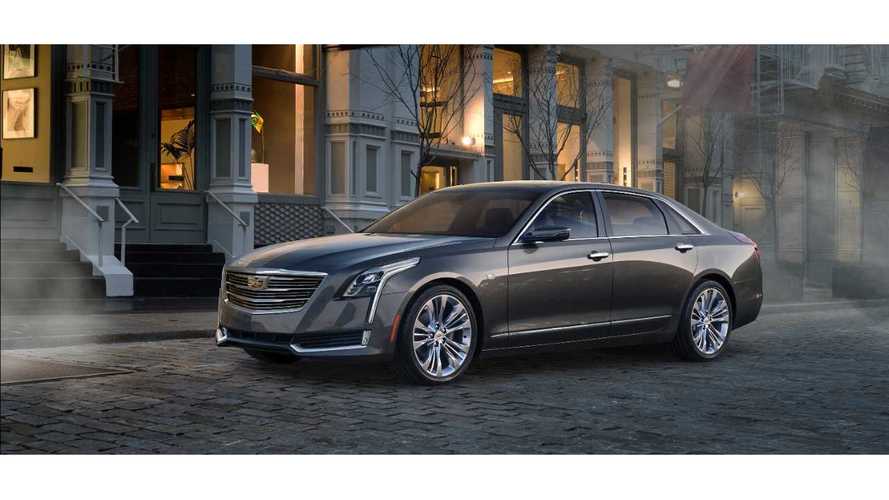 Later this year, Cadillac will be offering in the U.S. a new plug-in hybrid model called the CT6 PHEV.

The Cadillac ELR is expected to disappear from the automaker's lineup in the near future.

According to Bloomberg, unlike the US-made conventional CT6, the plug-in hybrid version of the CT6 will be imported from China where there's a second manufacturing line for the CT6.

Editor's note:  For more information on the extended range CT6, check out our coverage of the debut/specs here, and the live Shanghai gallery here.

Why will the CT6 PHEV be made only at the Chinese factory? Well, because GM expects high demand for it in China and only low demand in the U.S. Exporting loads of CT6 PHEVs would result in high import taxes in China.

GM imports the Buick Envision from China too.

"The decision to import two high-end models from China shows that GM increasingly views its factories there as capable of building vehicles with good enough quality to sell in the U.S. Plus, the Chinese tax imported cars heavily, which encourages automakers to manufacture there rather than bring in models produced in other countries.

“Longer term, we should see more of this because GM’s Chinese operations have every capability required to provide cars for North America,” said Eric Noble, president of CarLab, a consulting firm in Orange, California. “They would import here instead of from Europe because Chinese consumer tastes align more closely to American tastes than Europe’s ever did.”

As the standard CT6 production is also being done in Detroit as well, it was originally thought the plug-in version would be built in the US alongside, but surging China plug-in sales, and low ELR sales may have influenced this decision.

For whatever reason, GM has deemed the CT6 PHEV to be a low volume seller ahead of its debut in the US.  Unfortunately, adding in the cost of importing a low volume/premium car from China will likely only make pricing (which we will pass along when announced) that much more prohibitive.

Of interest:  Thanks to a slip-of-the-tongue by Cadillac boss De Nysschen in China at the debut, we can report that the Cadillac CT6 PHEV is estimated at 37 miles of all-electric range.