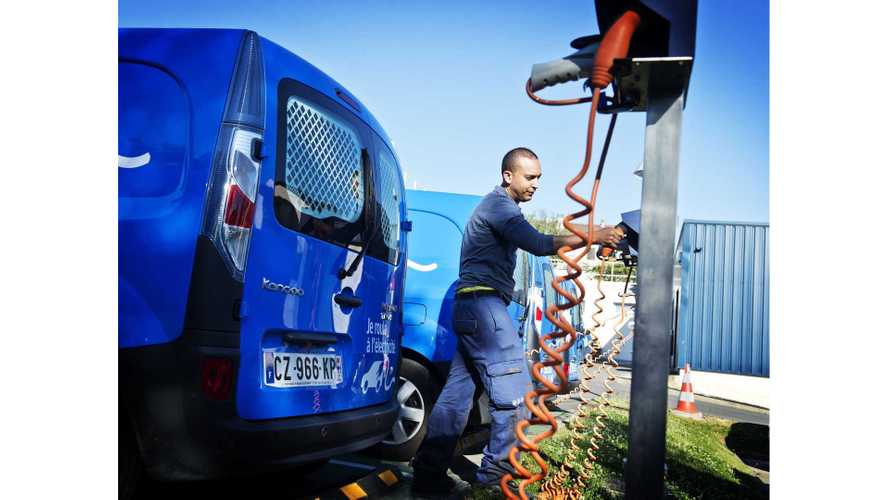 "ERDF chief Philippe Monloubou in person took delivery of number 1,000 on 25 September 2015 as it rolled out of the Renault MCA plant in Maubeuge."

The plan for next year is to increase the number to 1,500 Kangoo ZEz and a total of 2,000 electric cars, including other models in the fleet.

"ERDF, the company that manages France’s electricity distribution network, is set to run one of the country’s largest electric vehicle fleets. Under its ECOFLOT project, ERDF plans to have 2,000 electric vehicles running by the end of 2016, including 1,500 Kangoo ZEs."

But if you think that ERDF's EV fleet is as big as it gets, think twice, as no one can match La Poste, French post, which a year ago celebrated 5,000 Kangoo Z.E. electric vans in its fleet.