Toyota To Select Dealers: Stop Delivering The Mirai, There Is Nowhere To Refuel 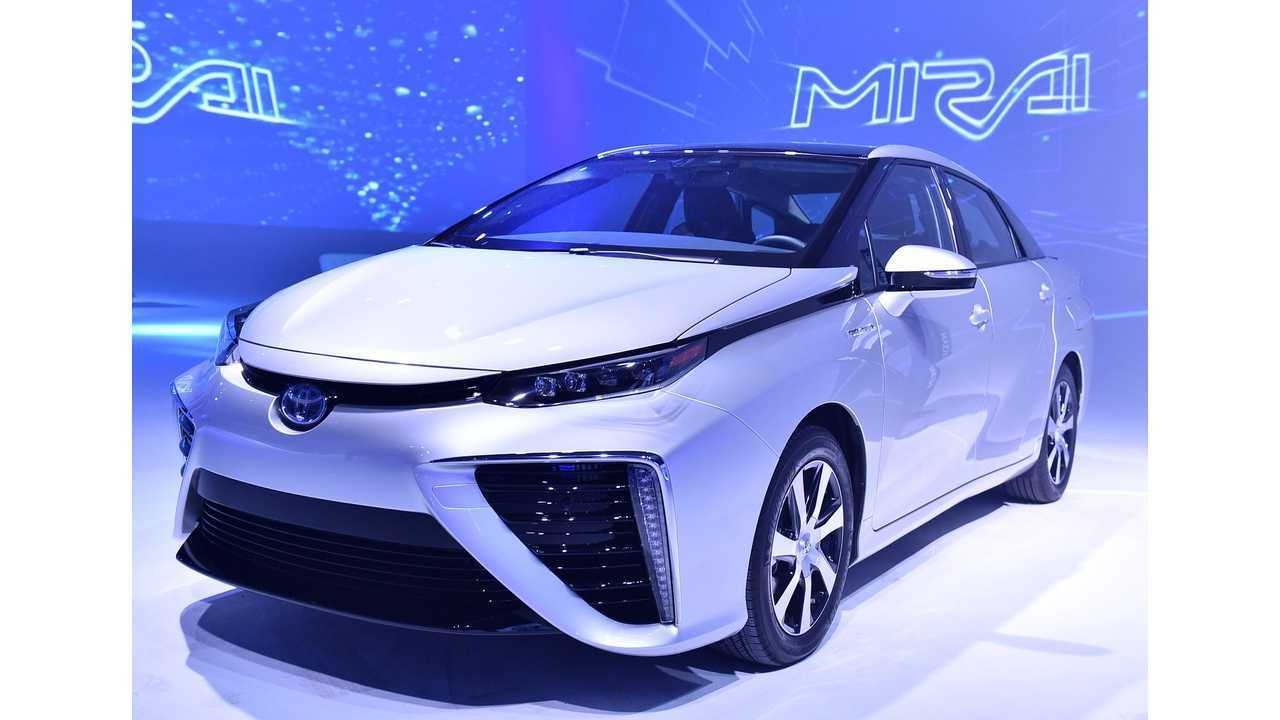 Toyota Has Decided There Should Be Hydrogen Refueling Stations Near Where The Mirai Is Sold...makes sense to us

Looking Good Inside The Toyota Mirai

Over the past year or so, we have chronicled the somewhat rocky path of Toyota's fuel cell vehicle, the Mirai, into the United States - more specifically, into California.

Years ago, California was chosen for the launch of the Mirai due to the expected future presence of hydrogen infrastructure, and also of course for regulatory/acceptance issues.

However, it turned out that at one to three million dollars a station, and with regulatory/site certification hurdles to clear, the infrastructure failed to show up before the Mirai did itself.

As a result, just 3 to 5 public stations were able to refuel the Mirai in the state operating at any one time by the end of last year - and over that same time, Toyota made the Mirai available (from September) from only eight locations where this thin infrastructure could cope...or hopefully soon cope.

Temporary Toyota Hydrogen Stations Have Limited Capacities For Refueling, And Can Only Fill The Mirai Halfway

In some of those locations (why half?), Toyota ultimately had to put in place a temporary hydrogen refueling station to service demand.

Even at that, Mirai owners have to pre-book visits to receive half fills to their tanks at these temporary stations, which is good for ~150 miles of range (The temporary units are only capable of dispensing hydrogen at 5000 psi, or 350 BAR).

Now, Jim Lentz, CEO of Toyota North America, has a solution in those places where the Mirai can't refuel easily, or perhaps where those temporary stations are now over-run with the 72 Mirai that have "flown off the shelf" in 2015.

From the side-lines of the 2016 Automotive News World Congress, the Toyota boss said:

"It is not a stop-sale, we have just asked (the dealers) not to make deliveries until we have a station open.”

Hrm, yeah, that is kind of what a stop sale is Jim.

During his live speech at the event he was a little less direct:

"There are fewer stations than we would have preferred right now."

Update: Mr. Lentz said that one such station who was asked to stop sales was in Santa Monica, however after being in tough with Mike Sullivan (of LACarGuy fame), that was not the case.  Mike noted they delivered 3 this week.

It had earlier been projected by the California Energy Commission that ~53 odd hydrogen refueling stations would be operation in California by the end of 2015.

Toyota has obviously re-assessed the situation and Mr. Lentz offers this new hope:

“I’m pretty confident by the end of the year we’re going to get to 48. It’s just growing pains.”

With one of the largest criticisms/hold backs of plug-in technology being the availability of charging infrastructure  (despite tens of thousands of public charging stations, and billions of standard receptacles across the country), this glacier-like roll out of hydrogen refueling station may hasten the demise of the latest 'fuel cell revolution', before the technology even gets a chance to prove itself on its own merits.