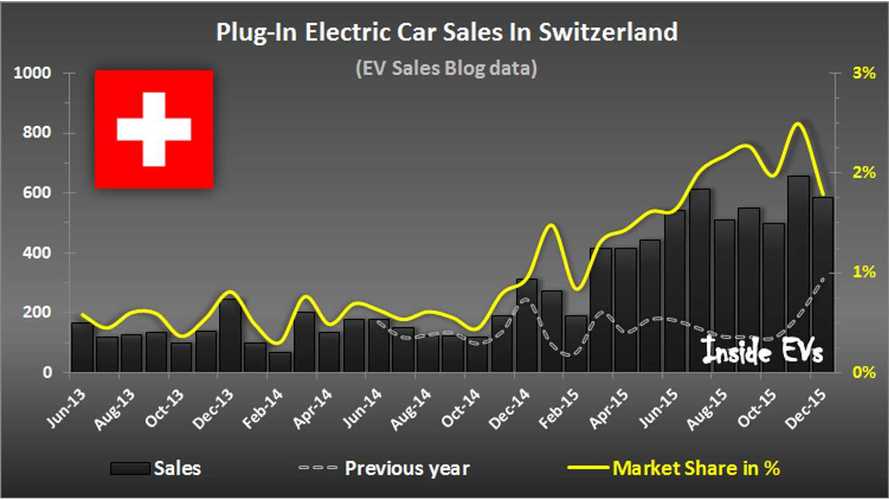 That's a lot for such a small country with total sales of 323,783, which translates to average market share of 1.76% - so, a significant movement to be sure.

Monthly sales in the last several months were strong enough to say that 1 in 50 new cars sold was a plug-in.

Specific to Switzerland is that the major player there is Tesla Model S with 1,556 deliveries, nearly twice that of second place BMW i3 (estimation of 888).

The reason behind Tesla's position is the all-wheel-drive version, and the high purchasing power in much of Switzerland.