Nevada Announces Electric Highway Of Its Own 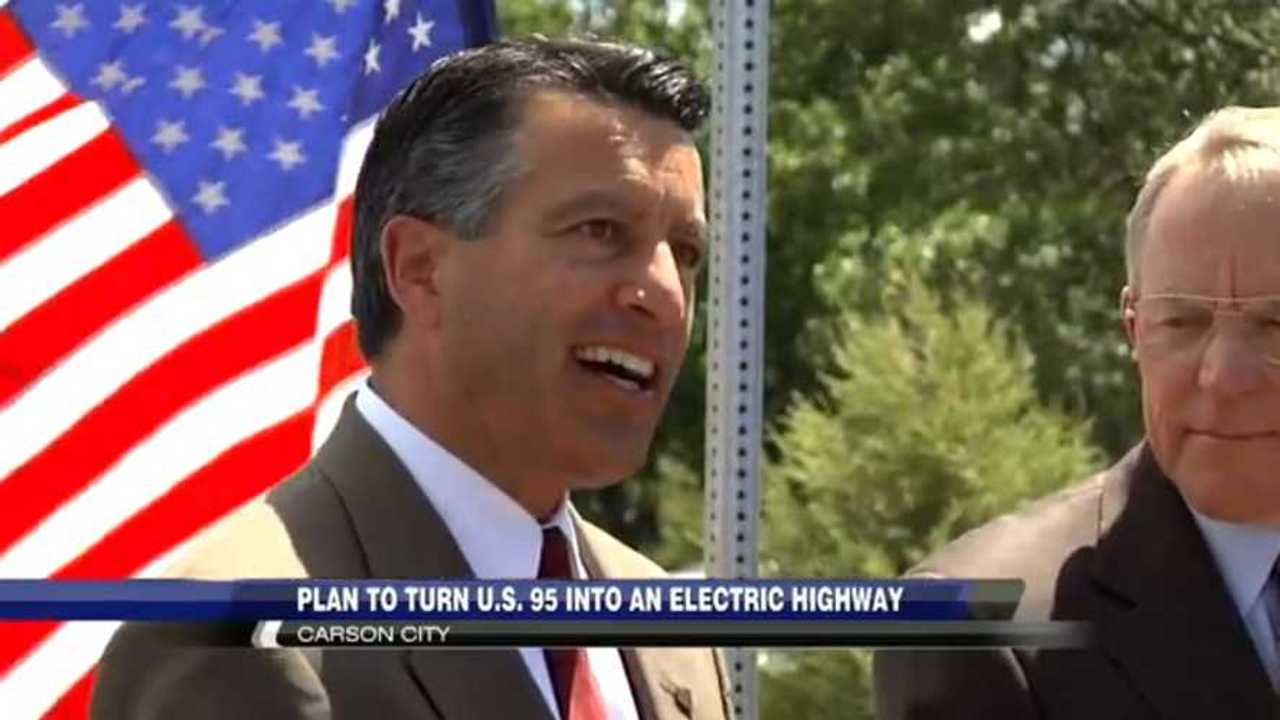 Jun 22, 2015 at 2:00pm ET
++
By: Jay Cole
Most Americans are very familiar with the largest electric highway in the country - the West Coast Electric Highway that runs from all the way from southern California to northern Washington, featuring fast charging stations every 25-50 miles.

Now Nevada, flush with the excitement from Tesla's Gigafactory project in the state, is getting into the charging infrastructure game, albeit in a much smaller way.

Last week, Gov. Brian Sandoval and NV Energy took the wraps off the "Nevada Electric Highway", which will be a similar network of charging stations along U.S. Route 95.  This new electric path way would mean you can drive from Las Vegas to Reno in the all-electric car of your choice.

"We've all driven this road before and have anxiety with (even) getting gas," said the Governor, "Now we can have confidence to charge our electric vehicles and drive them from place to place."

Unlike the hundreds of stations along the WCEH, this route only require about 5 charging stations, but host locations will be required to provide free charging along the major route for at least the next 5 years.  Elsewhere in the state more than 150 public stations are already in place.

"This Electric Highway will allow electric vehicle drivers to power their cars by tapping into Nevada’s own renewable energy resources,” said Gov. Sandoval. “This will strengthen our state’s energy independence while reducing Nevada’s petroleum imports."